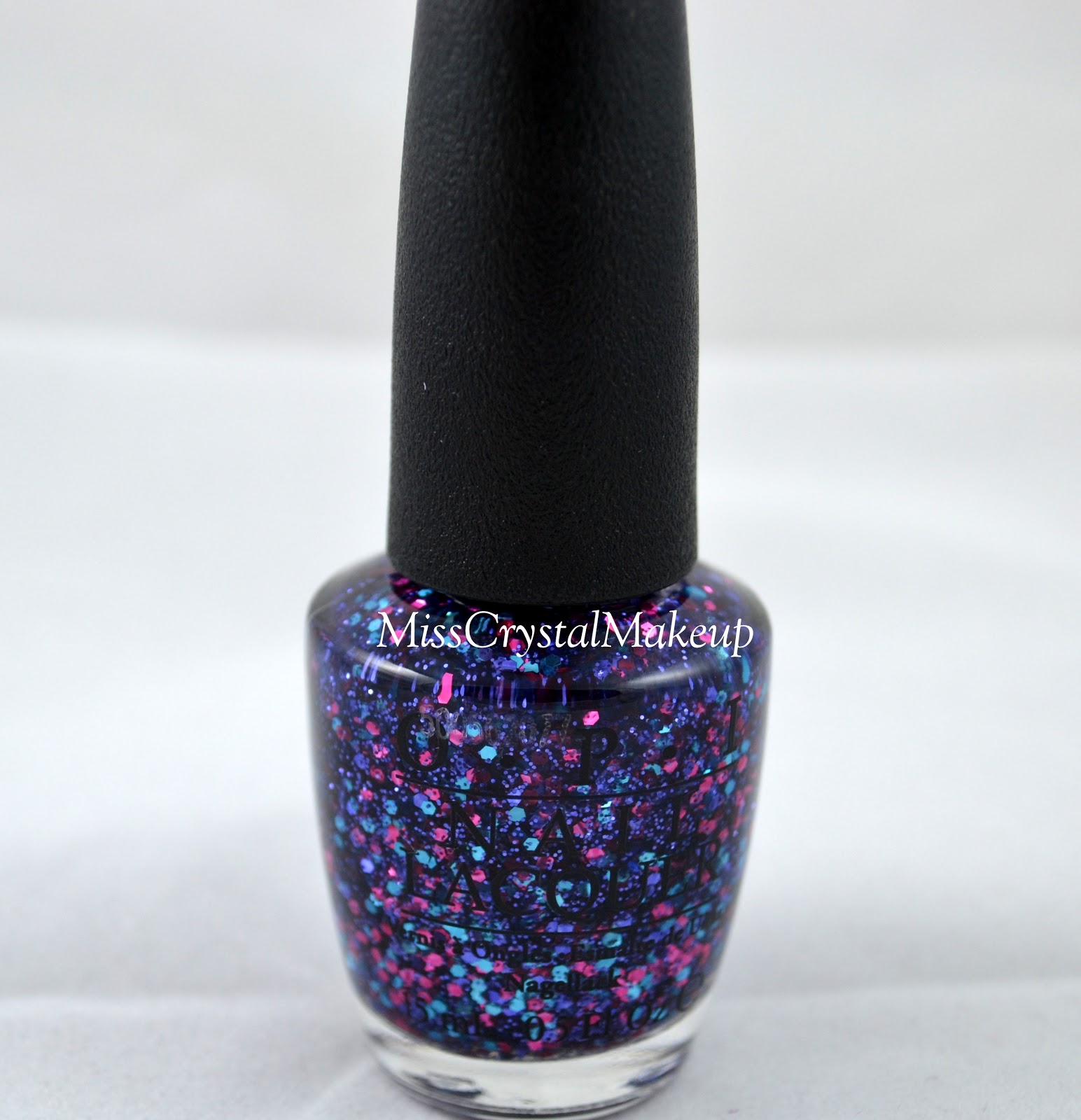 This is one of the four polishes I picked up from the new Euro Centrale Collection. I should mention I’ve only been into glitter the past 6 months or so. I was excited for this one right away. I have to say disappointment soon set in after trying it though. I thought due to the color, it would be a darker based glitter. Nope, as you’ll see in the pictures, not really any color except for the glitter itself. Speaking of the glitter, it’s made up of turquoise, purple/indigo and hot pink chunky glitter with small flecks of the same purple/indigo mixed in.

Application. I had to put three coats on the nail with the OPI…Eurso Euro just to get some glitter pay-off. I also had to strategically place the glitter. On the naked nail, I used two coats. This is what I got. I was over it by that time. So my final thoughts are – it’s very pretty in the bottle but doesn’t have the same effect on the nails, especially nails without polish. I do like the look over a darker polish though. 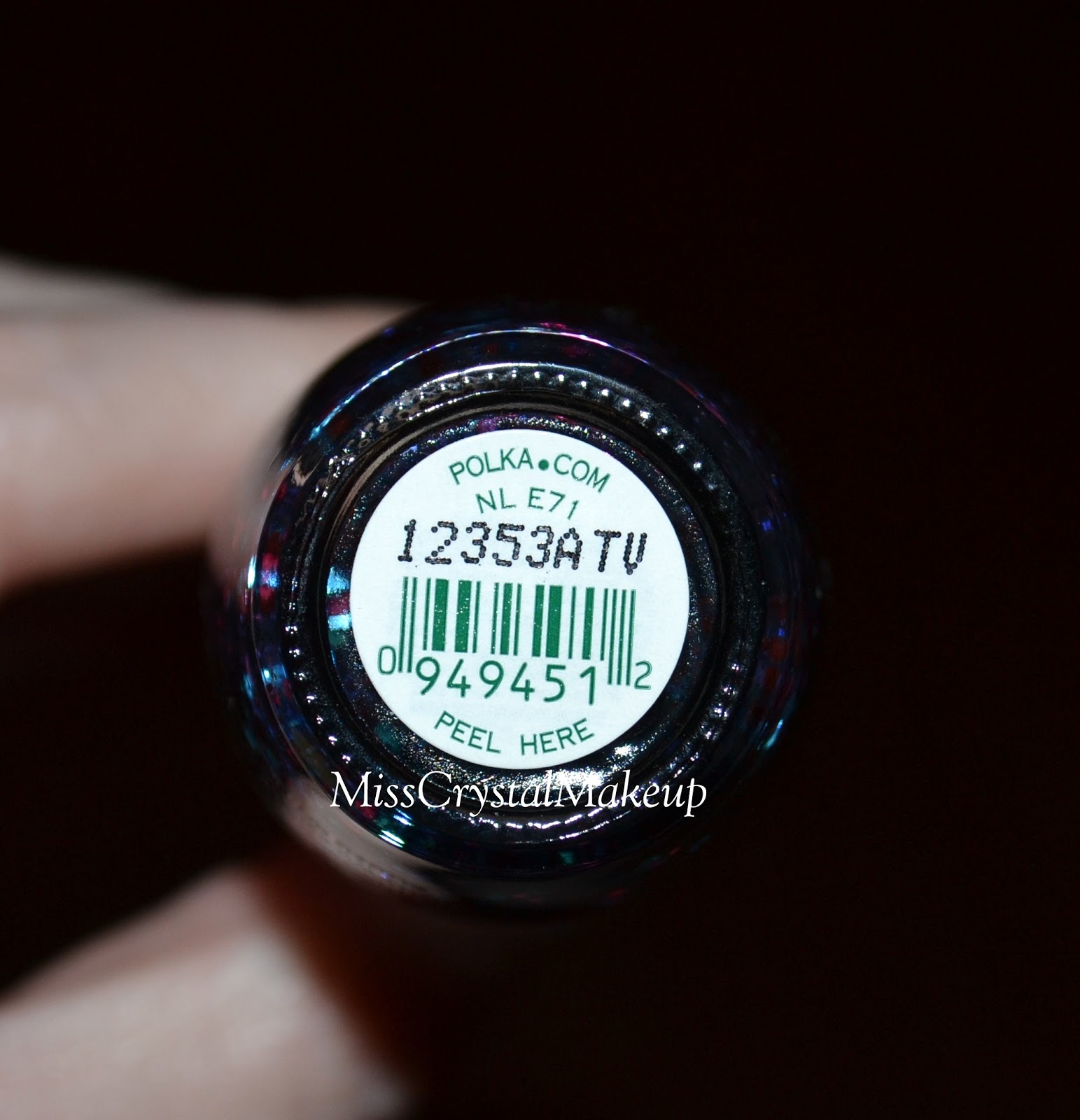