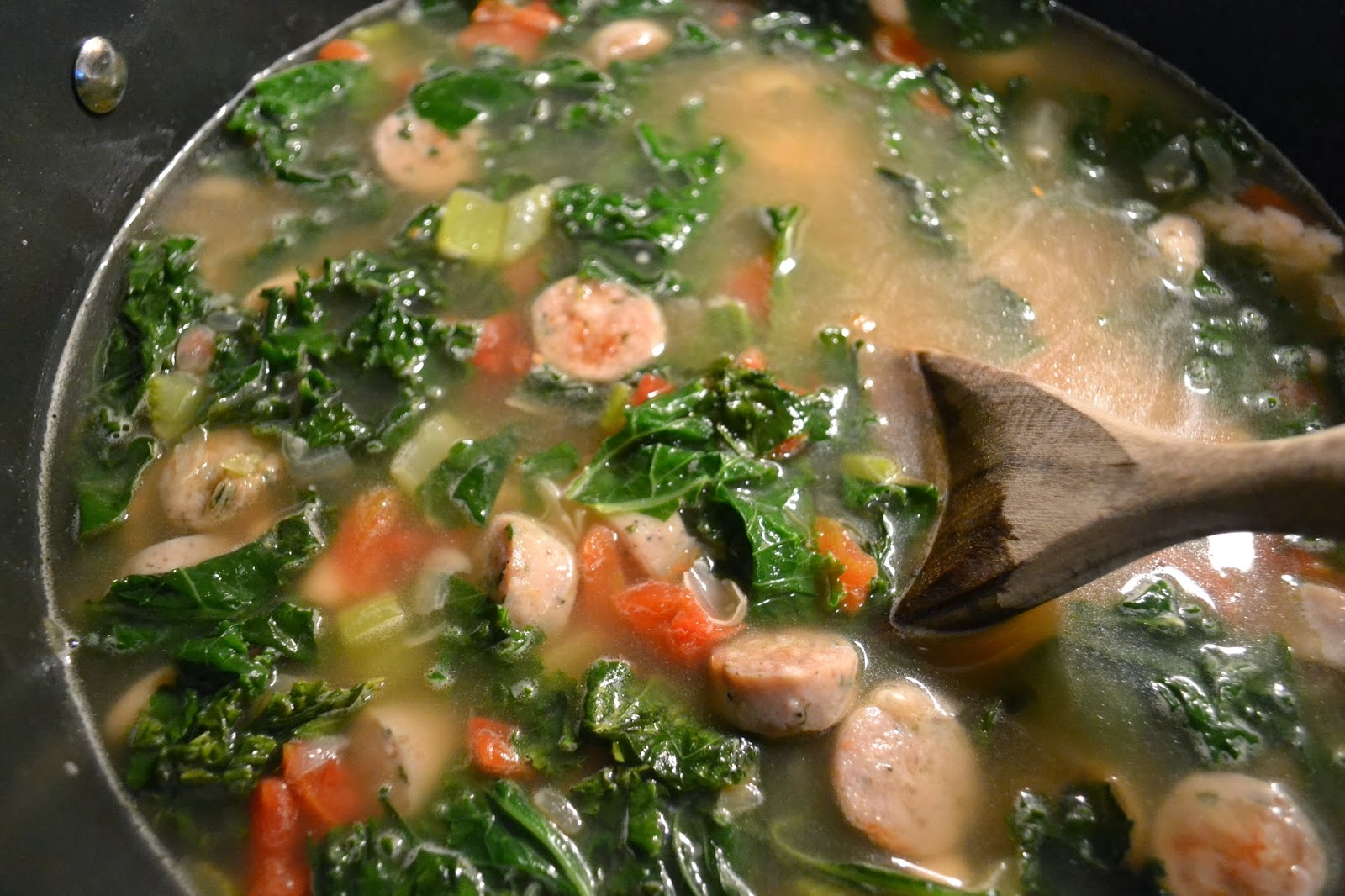 Hey everyone! If you follow me on my second YouTube Channel, JustMissCrys, then you saw where we recently made this White Bean Kale Soup with Chicken Sausage for dinner. I’d tweak it if we were to make it again, which I’ll tell you below.

I first saw this on Instagram. Then I looked up several recipes that were similar and in the end made it my own, as I usually do. Again, since I wasn’t really going off a recipe, I had to write my own. This makes a lot of soup! You could either adjust the broth and ingredient amounts for freeze some like we did.

Over medium heat in a large dutch oven or stock pot, add olive oil and lightly brown the sausage turning frequently. Add the garlic, onion and celery and cook until softened. 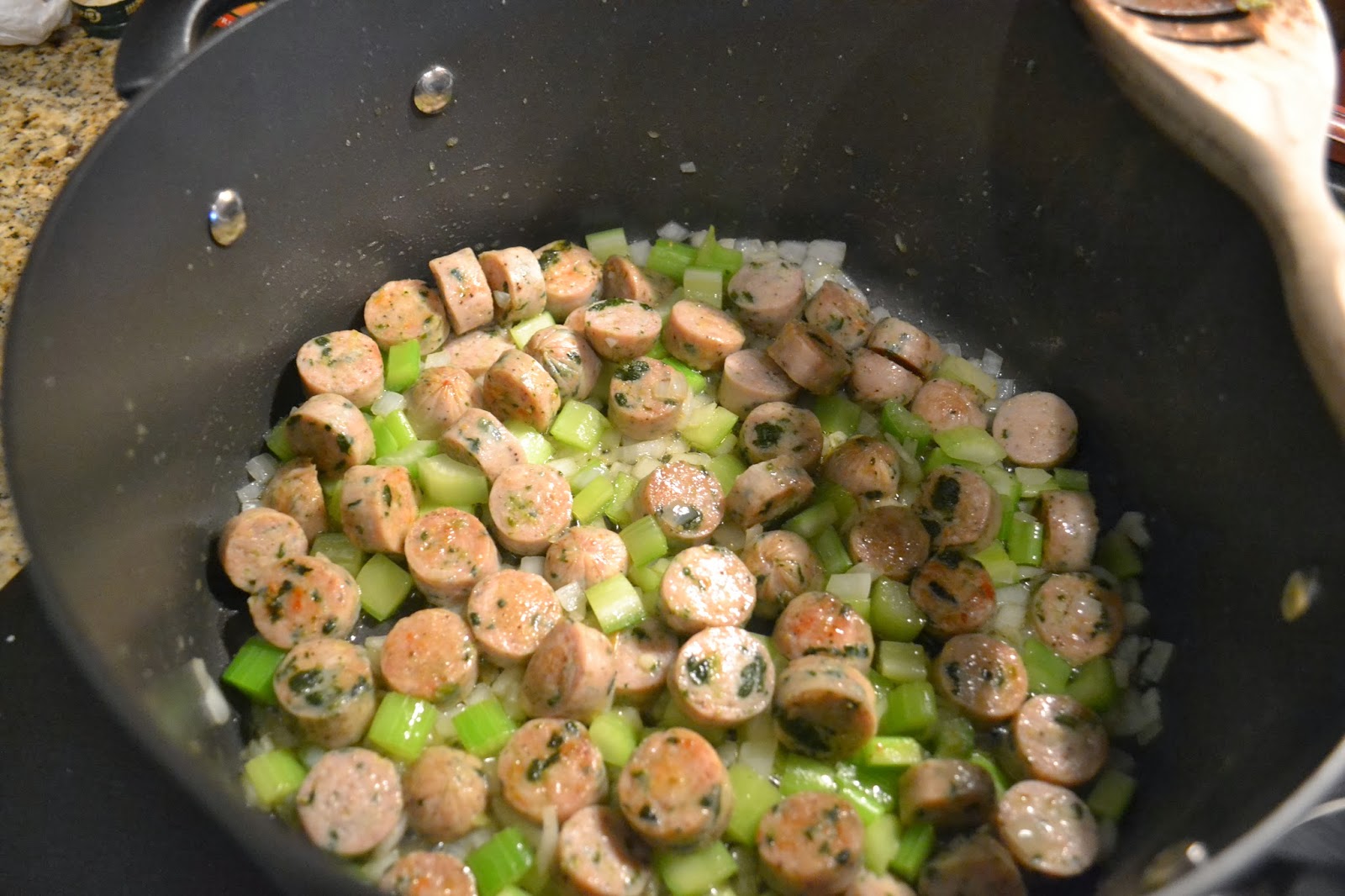 Next add the Kale. You can see in the picture we used 3 large bunches from the original bunch. You could use the entire bunch but you’ll only need the amount shown. Cover and allow the Kale to wilt down. 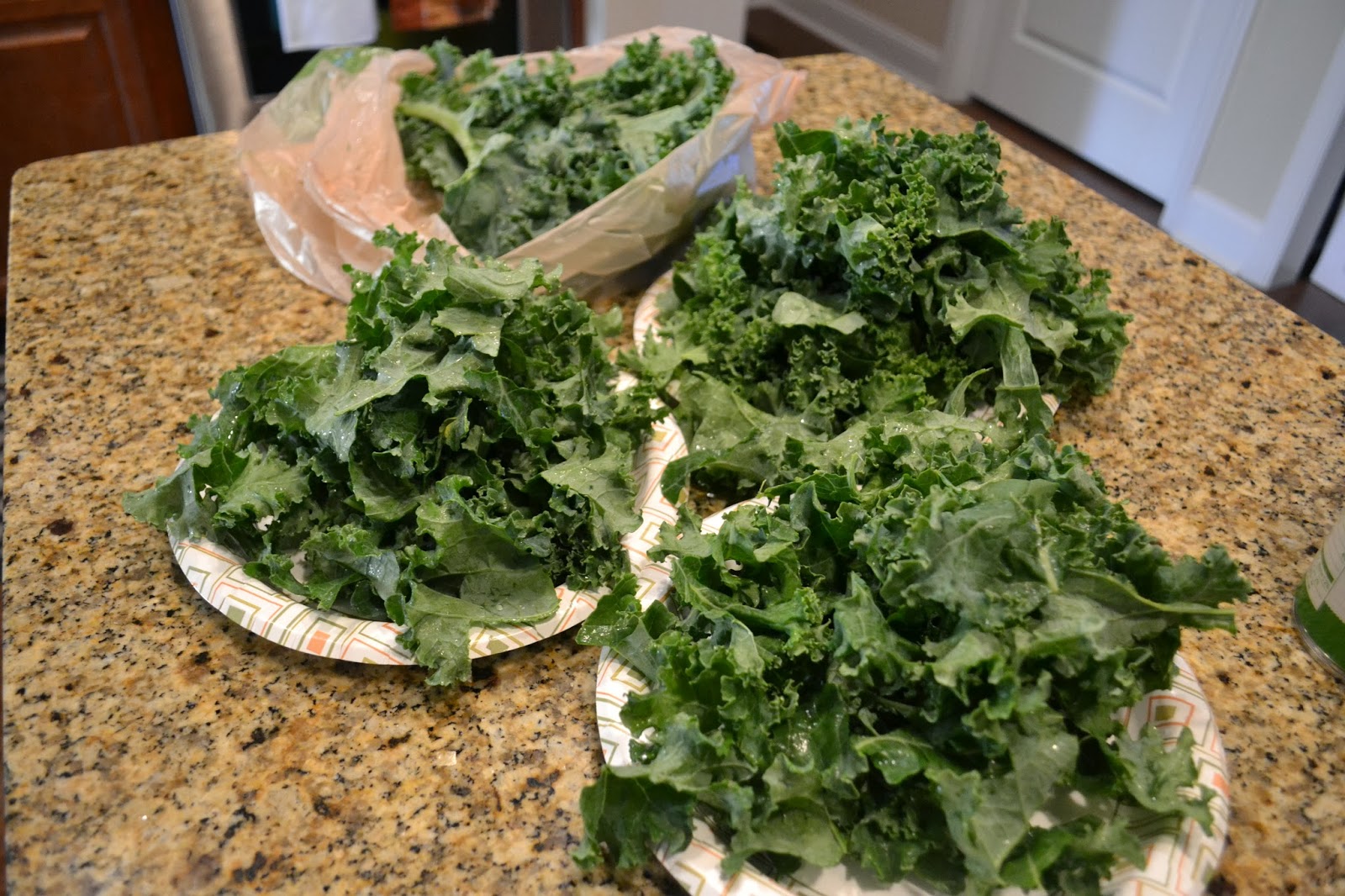 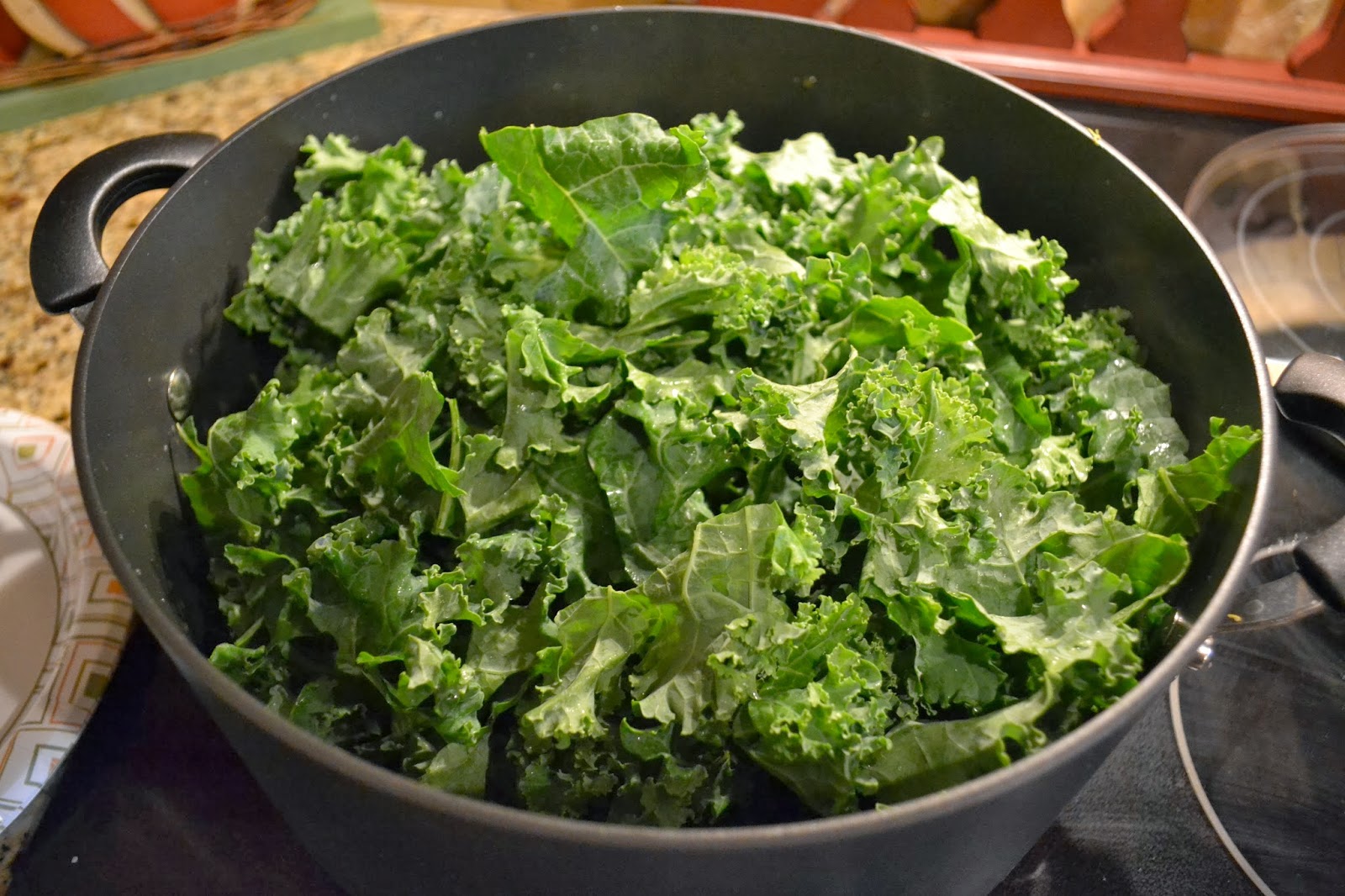 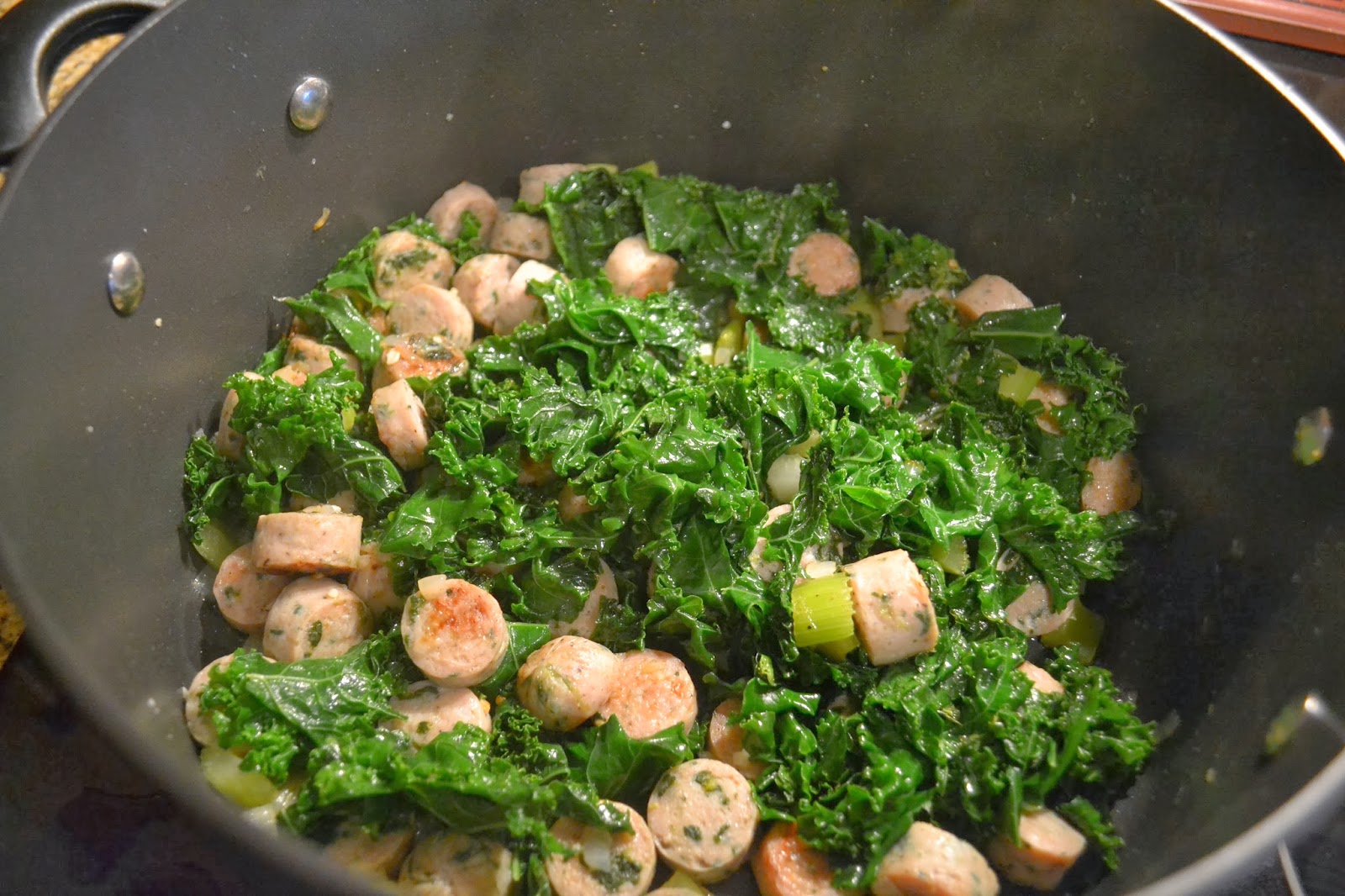 Add Salt and Pepper to taste. Add in the Chicken Broth. {you can always use less broth and add water if you’d like} Add 1 1/2 cans of the beans and the can of tomatoes. Mash the remaining beans with a fork and add to the mixture for texture and thickness. Simmer on low heat for 1 hour and then it’s ready! 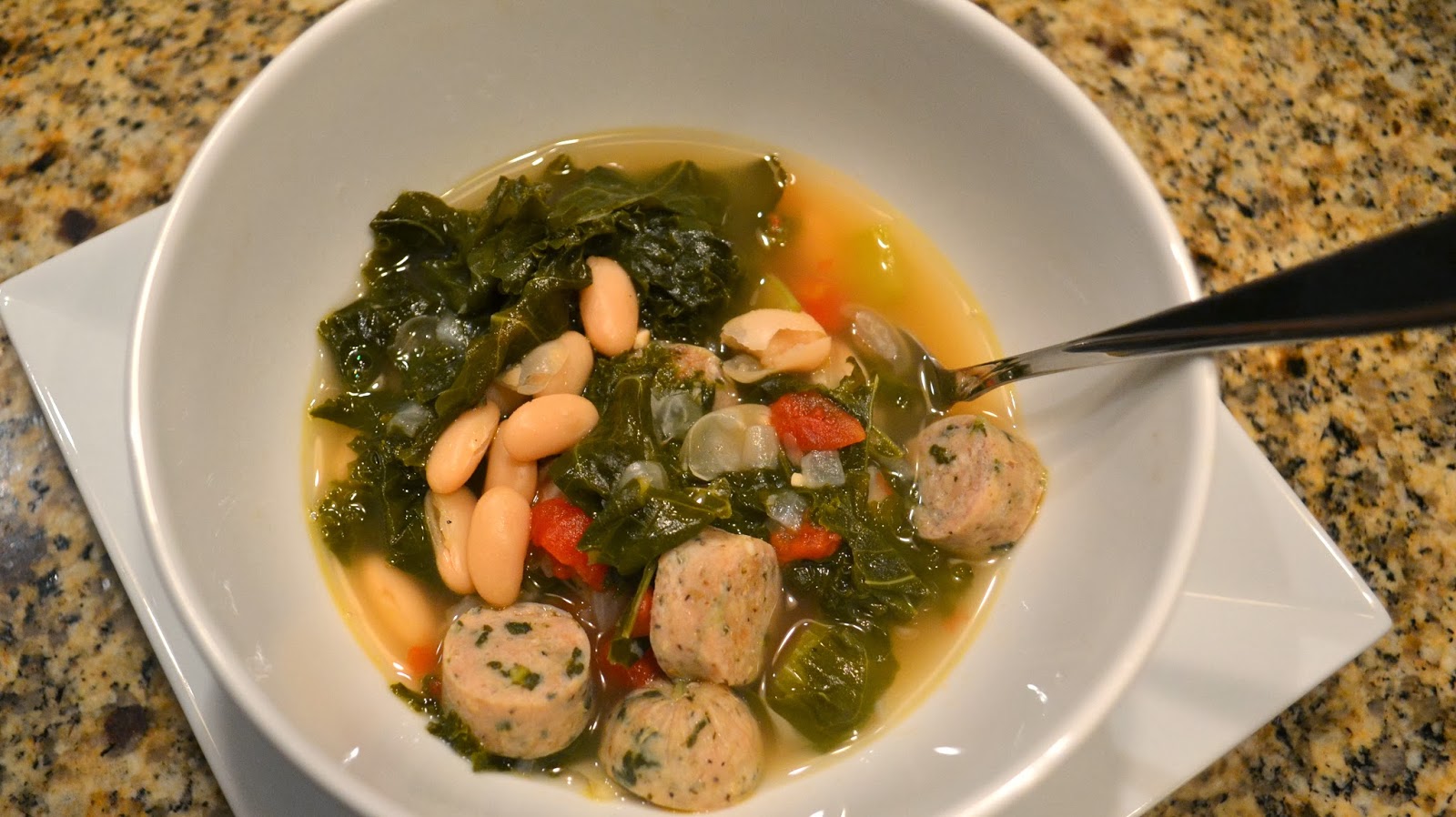 The Hubby suggested using ham instead of sausage next time. We used a brand from Target that had spinach and garlic already in it. It may have been too much. I’m not always a huge sausage lover. It also seemed like a lot. You could always adjust the amount to what you like.

We’d also like more beans, so next time I’d use 3 cans. If you find it doesn’t have enough flavor, add more garlic or seasonings to your liking. Again, it seemed fine to us but it could have been because the sausage was so flavorful.