Hi everyone! My Husband and I took a little weekend getaway trip to Chattanooga over Memorial Day weekend. I thought I’d share with you the great food we ate and a little of what we did. Even though it’s only a few hours from where we live, this was our first time staying in Chattanooga. We’d always heard it was a great place to visit. We were not disappointed!

We arrived Friday late afternoon after a somewhat stressful drive. Unfortunately we sat on the Interstate for over 30 minutes at one spot due to a semi jack-knifed in the road. Thankfully no one was hurt, no accidents. So needless to say we were beyond ready to get settled and have a nice meal.

Our first stop was Bluewater Grille. Not only did I have this as one of the places to visit but the lady checking us in at our hotel recommend it. Just a few short blocks from the hotel, Hampton Inn & Suites Downtown. Being Friday evening, the actual bar was packed but seating in the bar area is first come, first serve so we lucked out with a nice booth. Service was good, happy hour was still going on. Really great drink discounts. I believe my Pomegranate Martini was only $5! My Husband had a local beer.

Everything on the menu looked great. We decided to get an appetizer and went with the Blue Cheese Chips – House made chips with Blue Cheese sauce, crumbles and bacon. It was awesome! Not heavy at all like I originally though it would be. For dinner I chose the Grouper Picatta and my Husband got the Stuffed Lemon Sole with Lobster Sauce. Both were great but my Husband said his was very rich, as you could imagine. 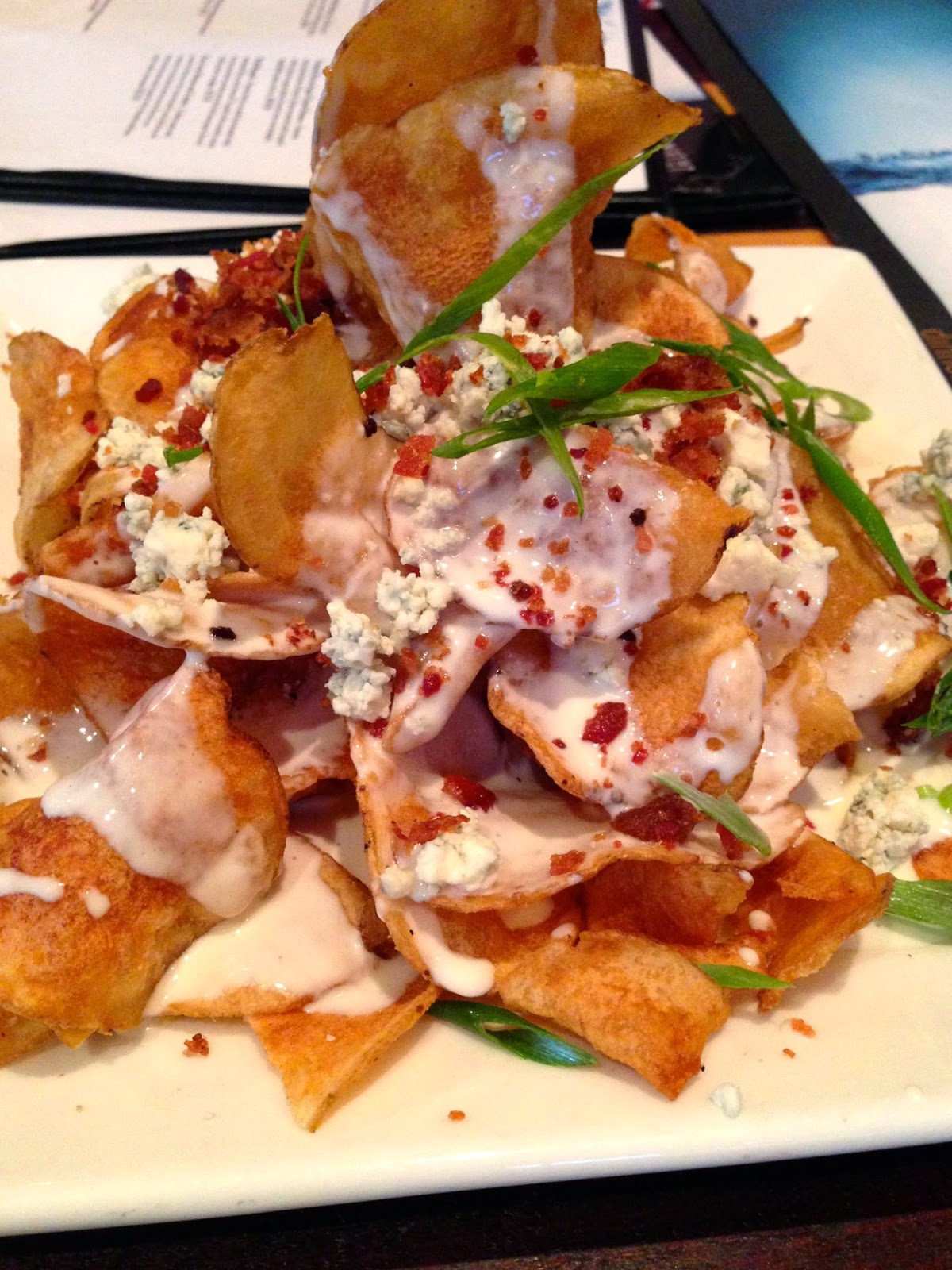 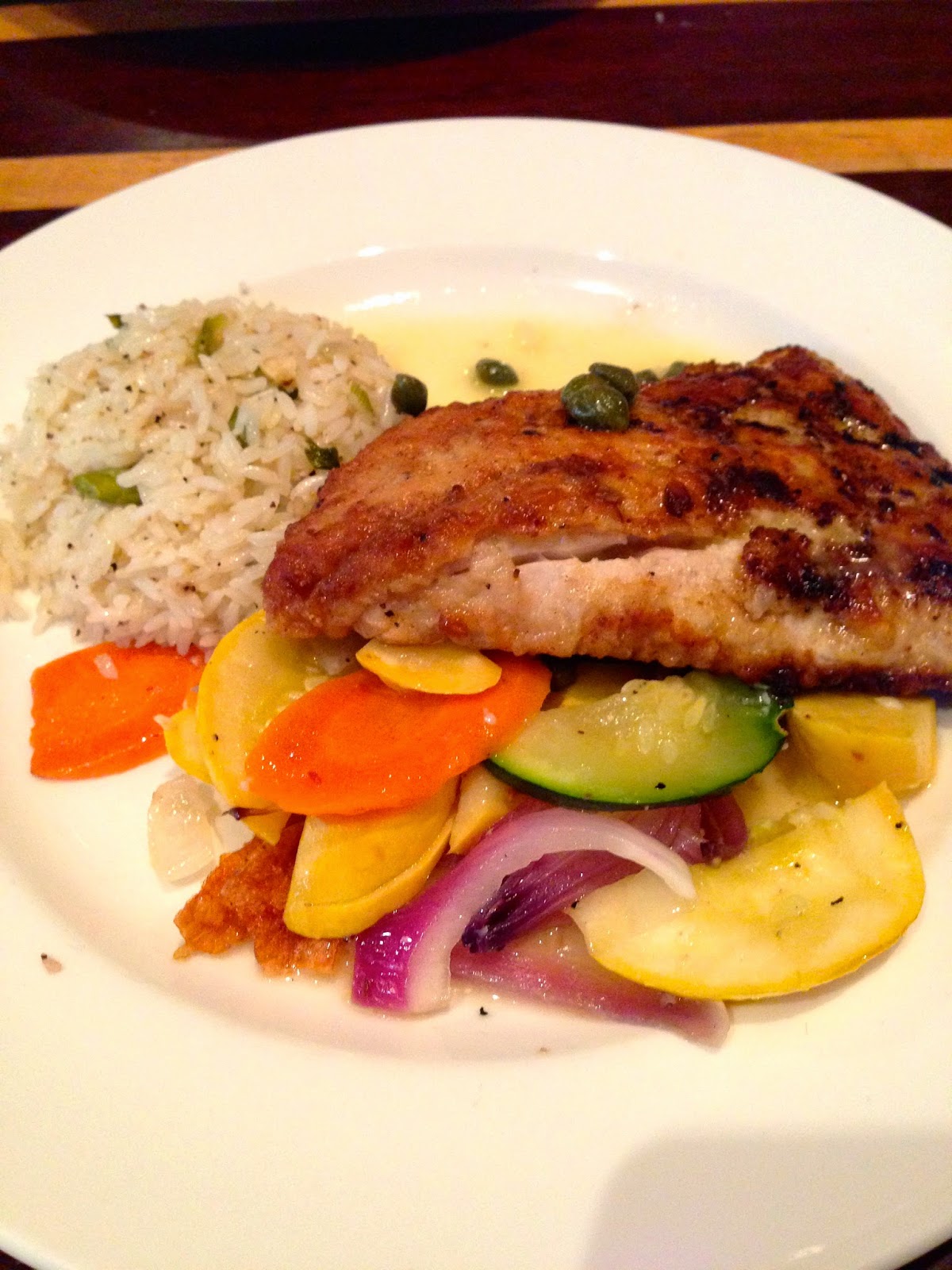 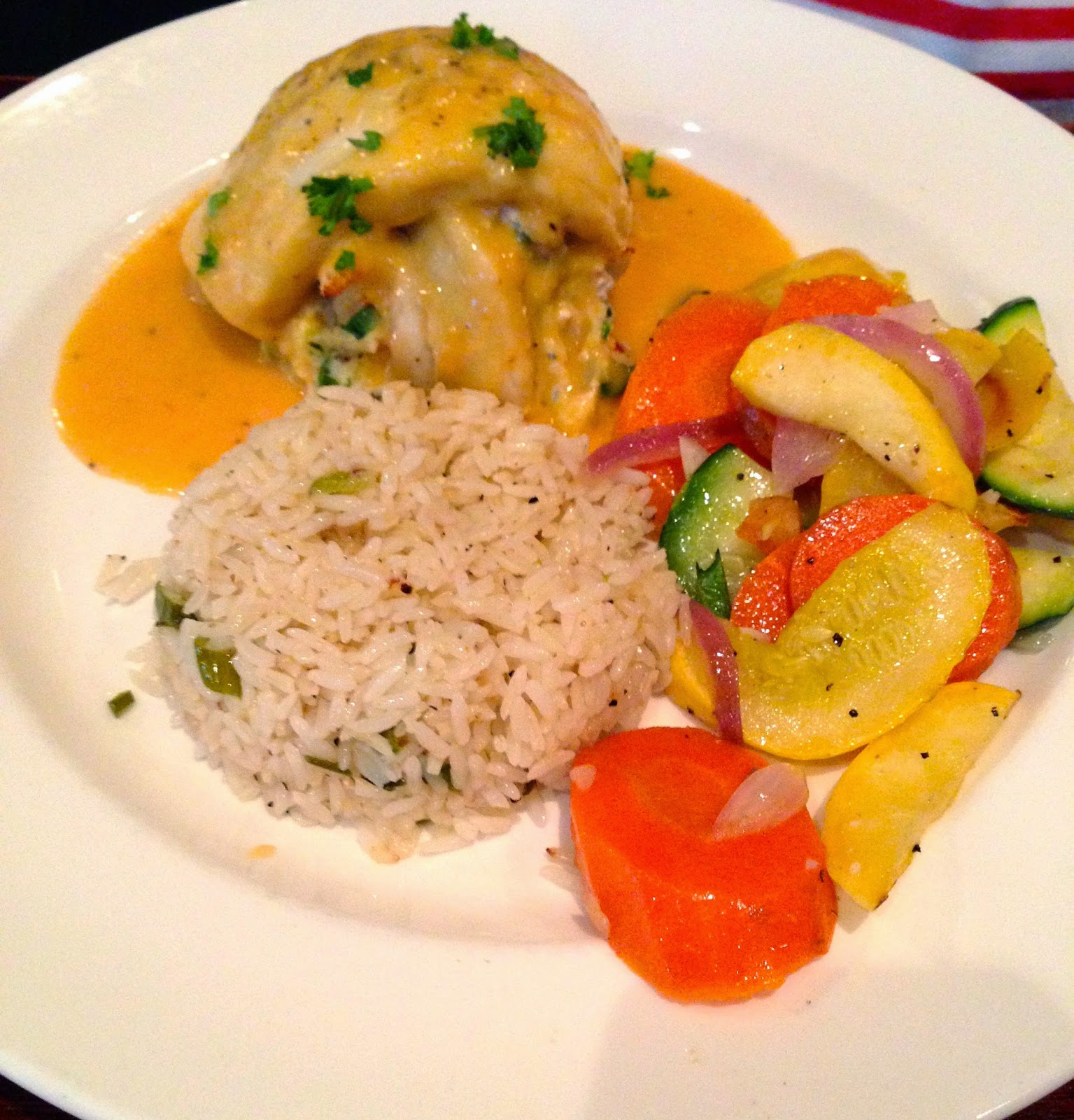 The next few days were going to be spent just walking around and being tourists. Saturday morning we started out at the Tennessee Aquarium. We’d always heard such great things. We did the Ocean side in the morning and came back later that afternoon to see the River side. Tickets are good for the entire day. I was most excited to see the Penguins. Of course they put on quite the show. 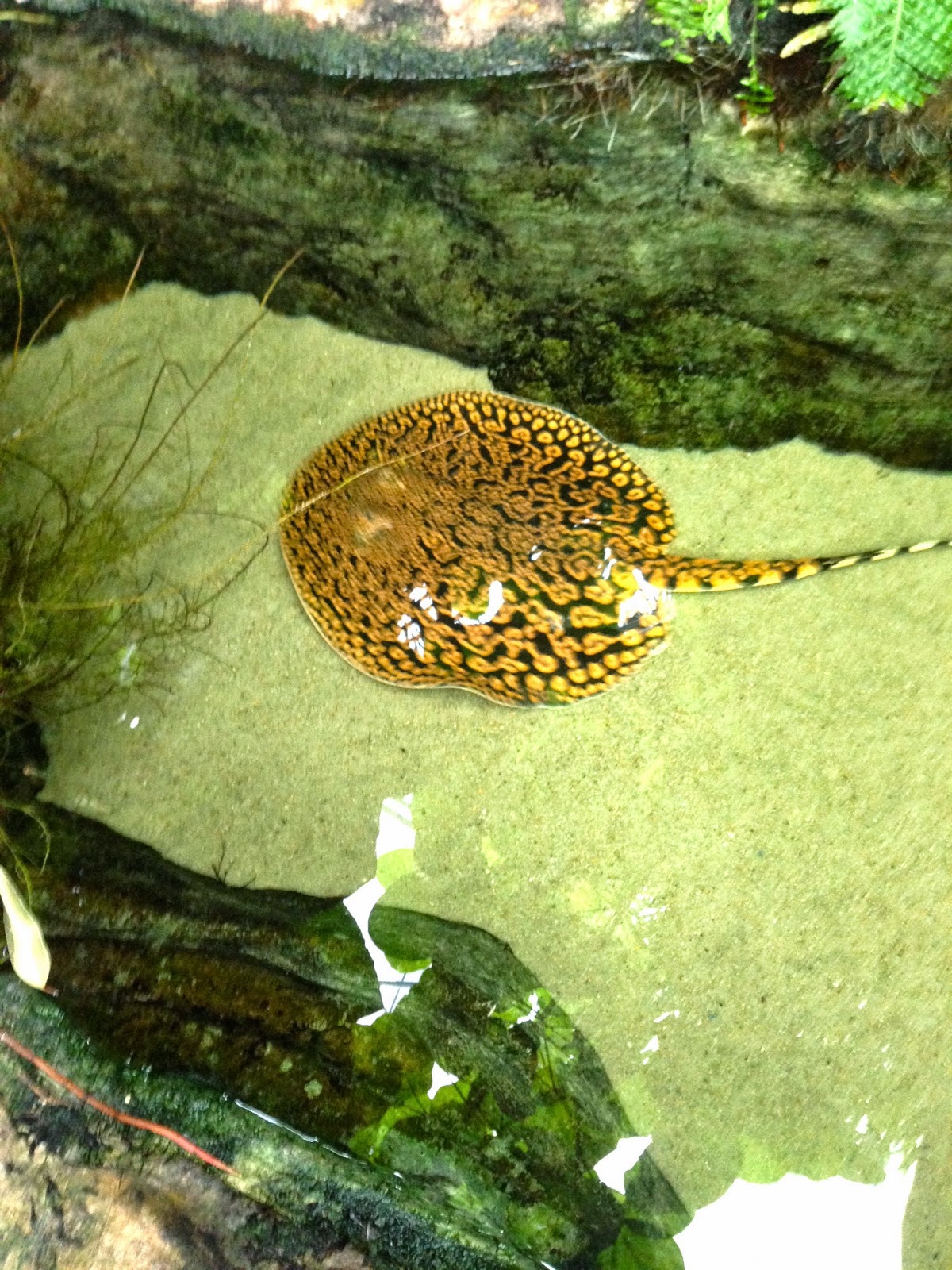 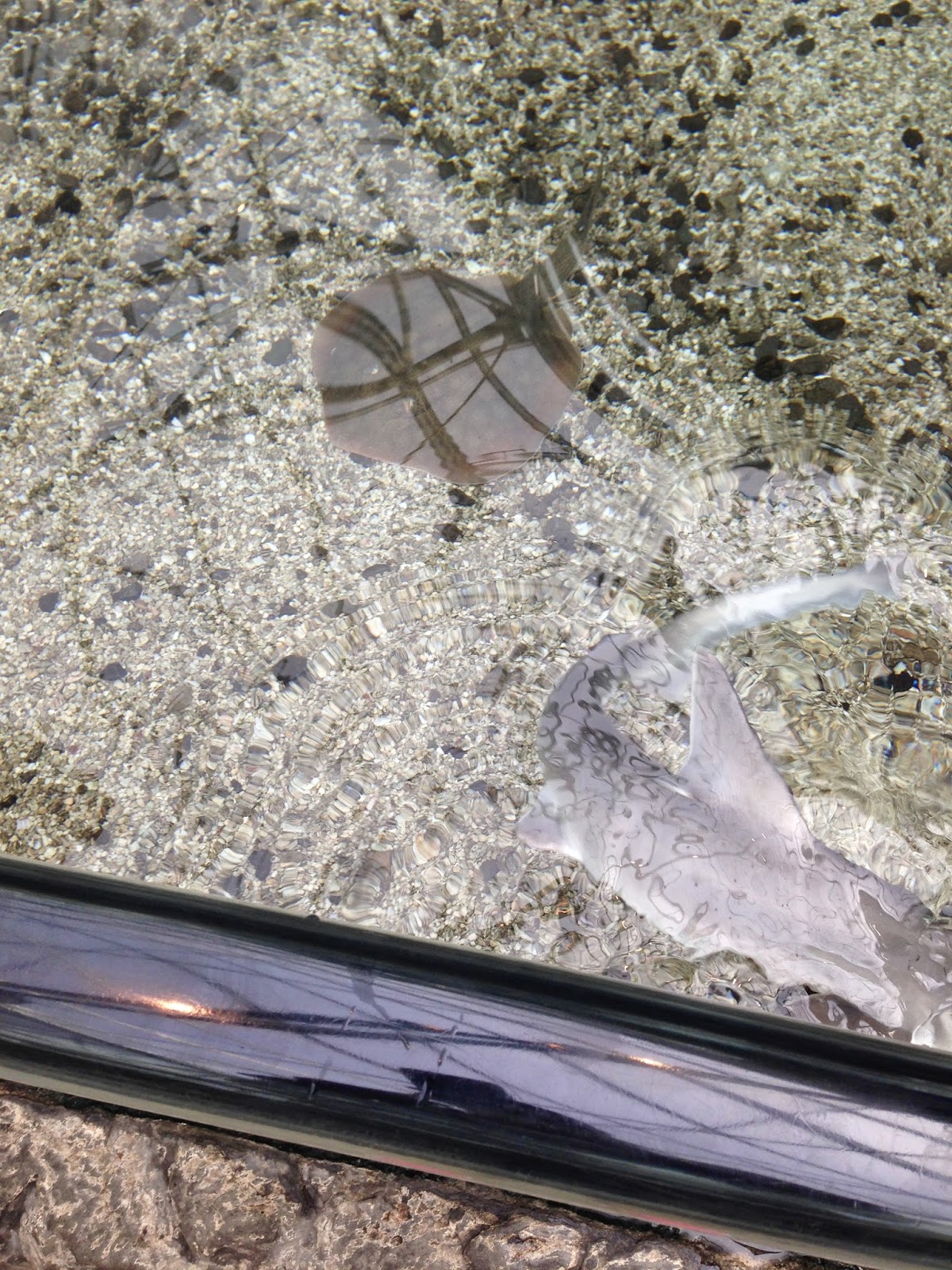 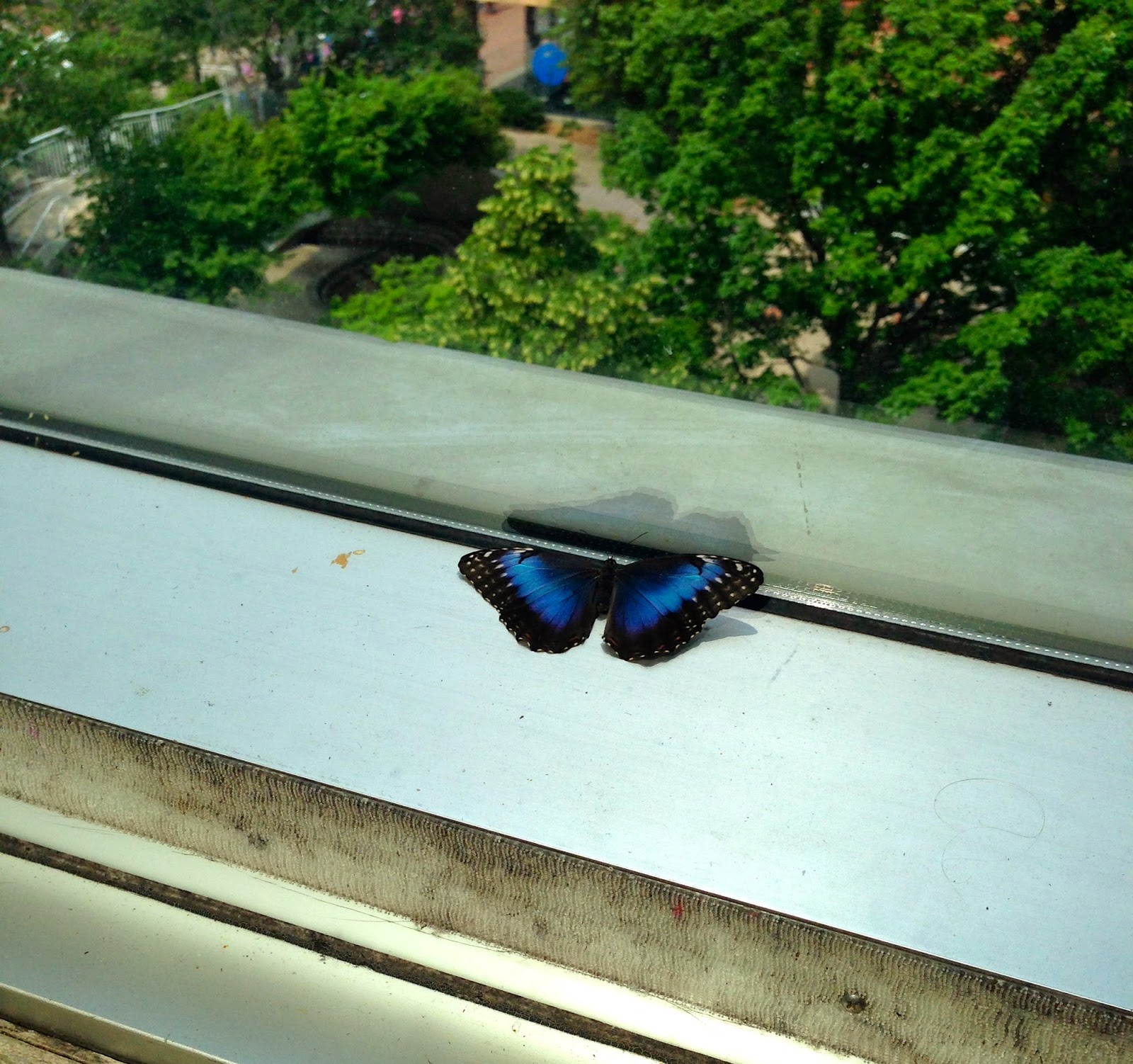 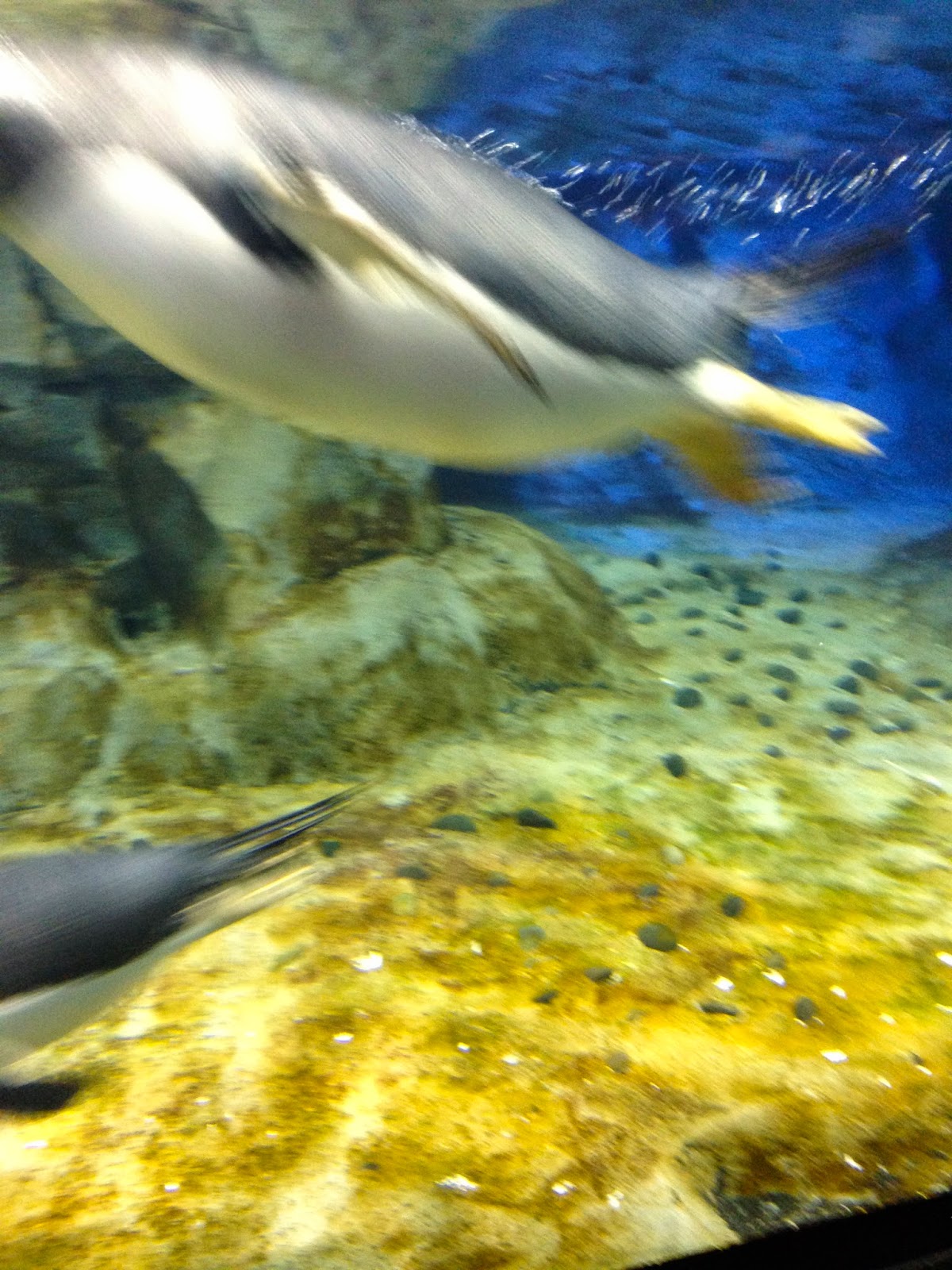 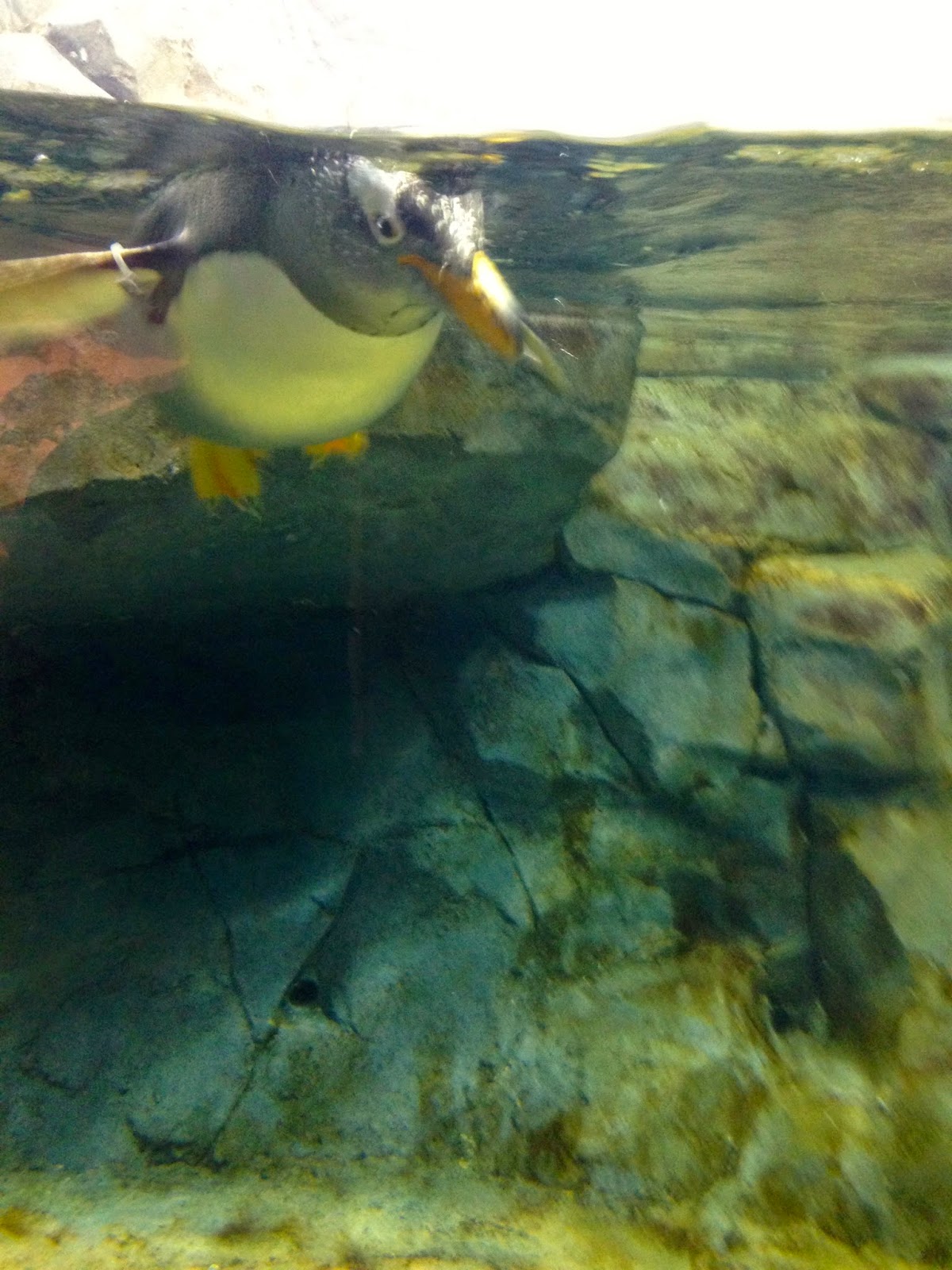 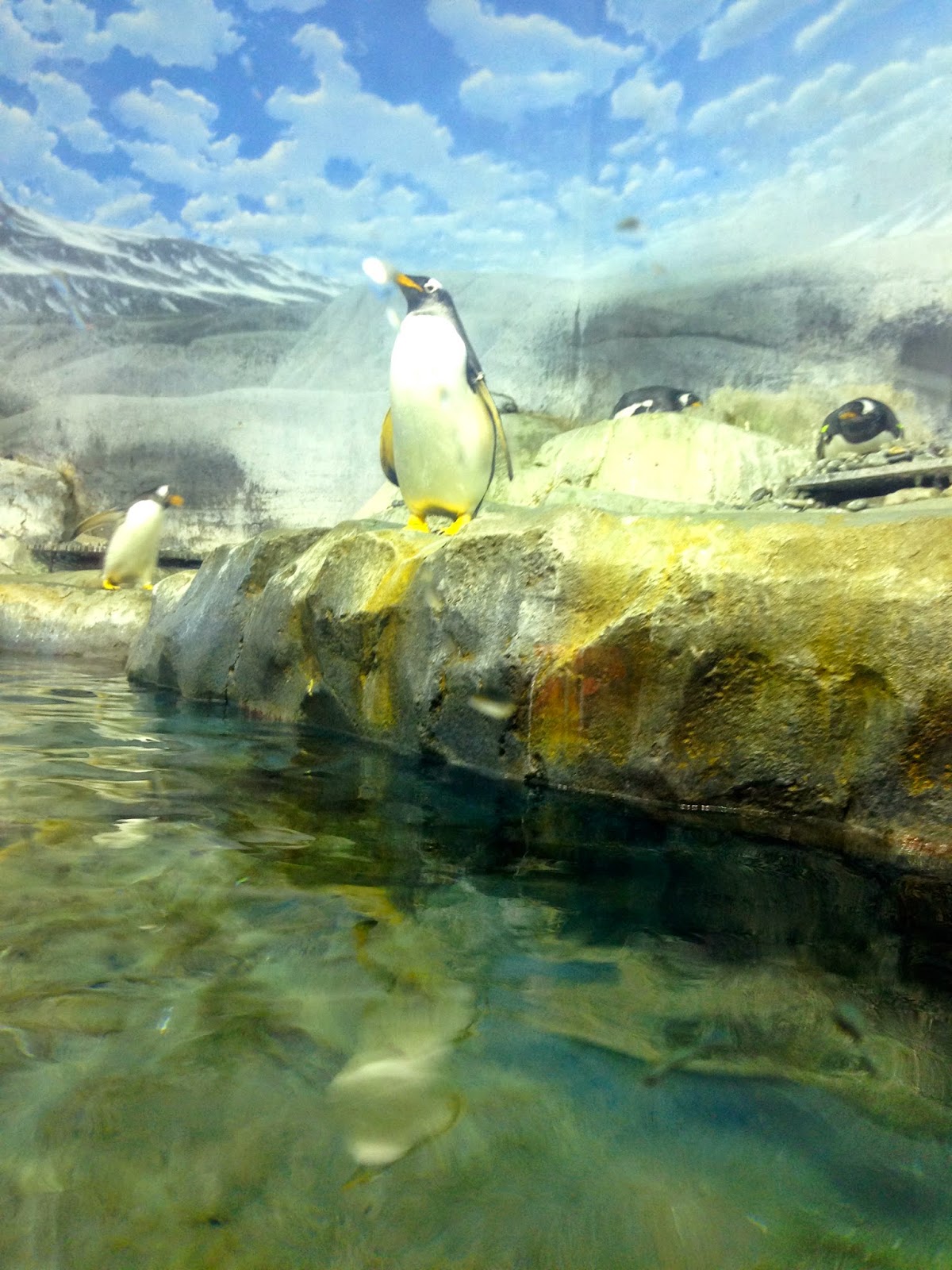 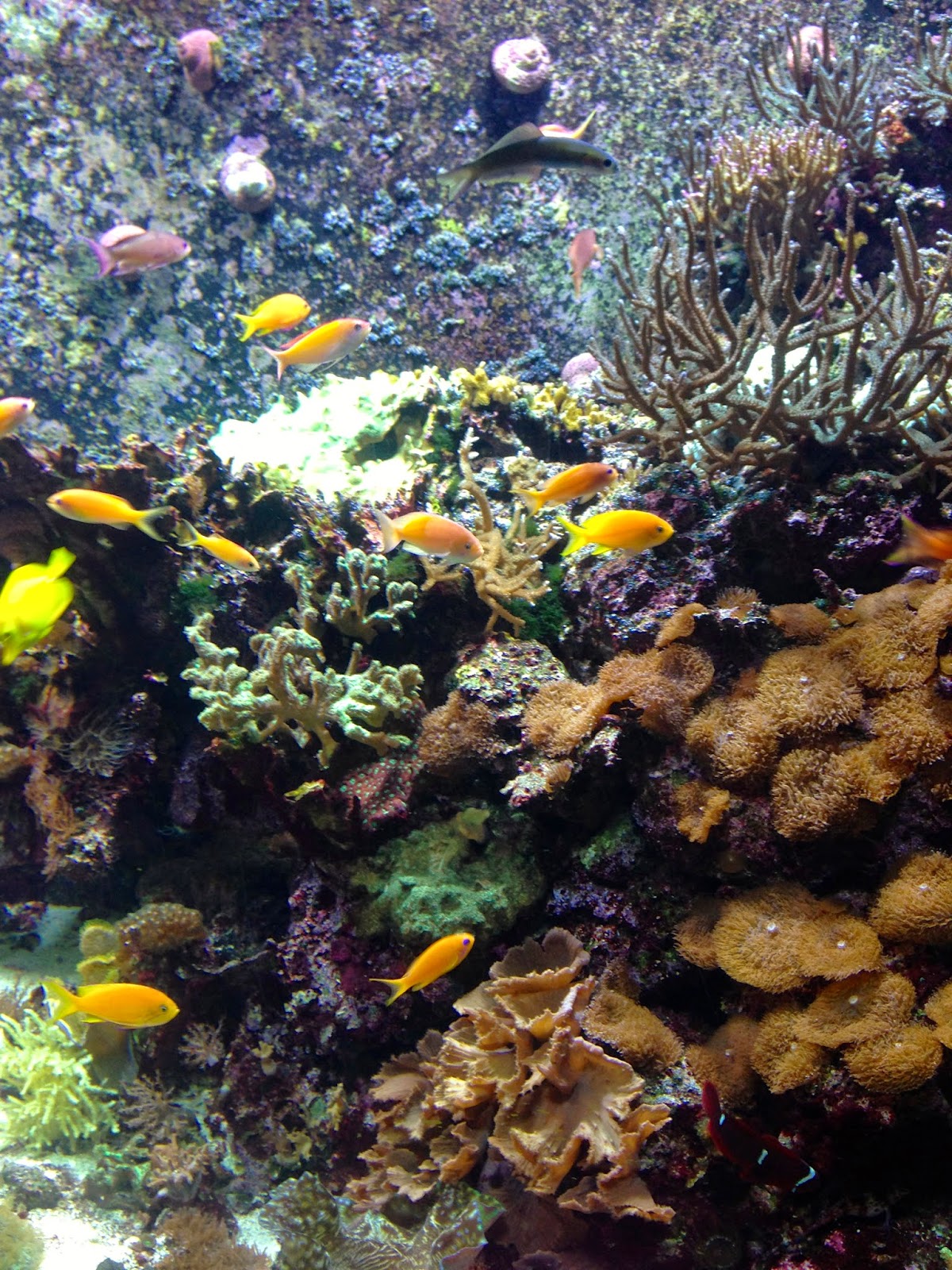 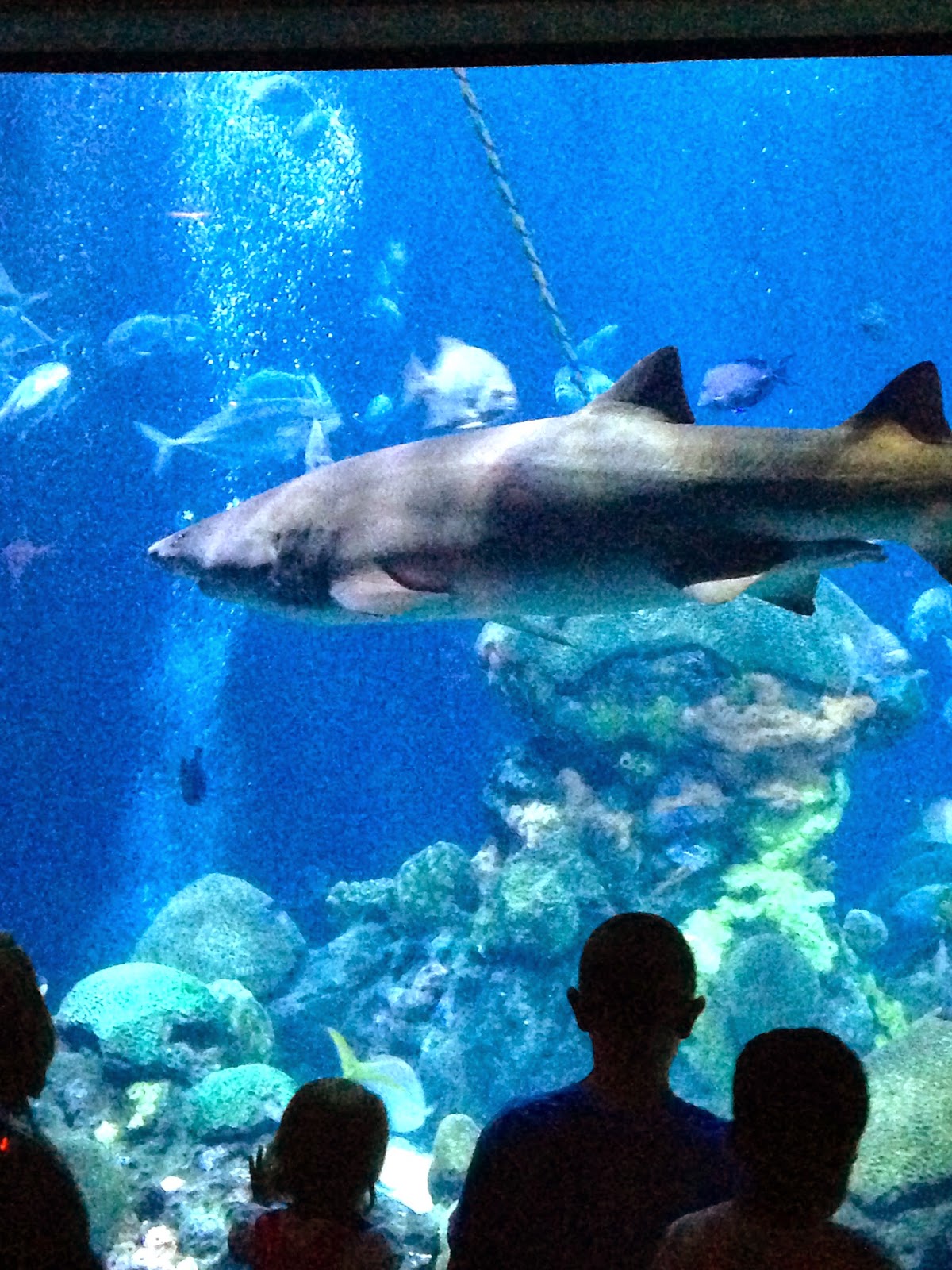 After that we walked up to the Walnut Street Bridge which is the longest pedestrian-only bridge in the country, or so we’re told. It goes over the Tennessee River and you have a great view of the downtown area. From my research, I knew we wanted to stop at Brewhaus on the bottom side of the bridge in the North Shore area. They have great German food and are known for their pretzels and beer. It looks like a hole in the wall but of course the food was out of this world good! My Husband got a local beer and I got the Blueberry Smash – it was so good! We wanted to try a few different things so we got the appetizer sampler which comes with the pretzel, (it’s huge!) Brat Sliders and Kraut Balls. I’m not a huge Brat person but they were ok. The Kraut Balls were amazing and the
Pretzel was the best I’ve eaten. We only ate half and had to stop ourselves so we wouldn’t be sick. We also got a side of the Potato Salad because we both love German Potato Salad. It was served warm and was VERY rich. It was good but we could only take a few bites. 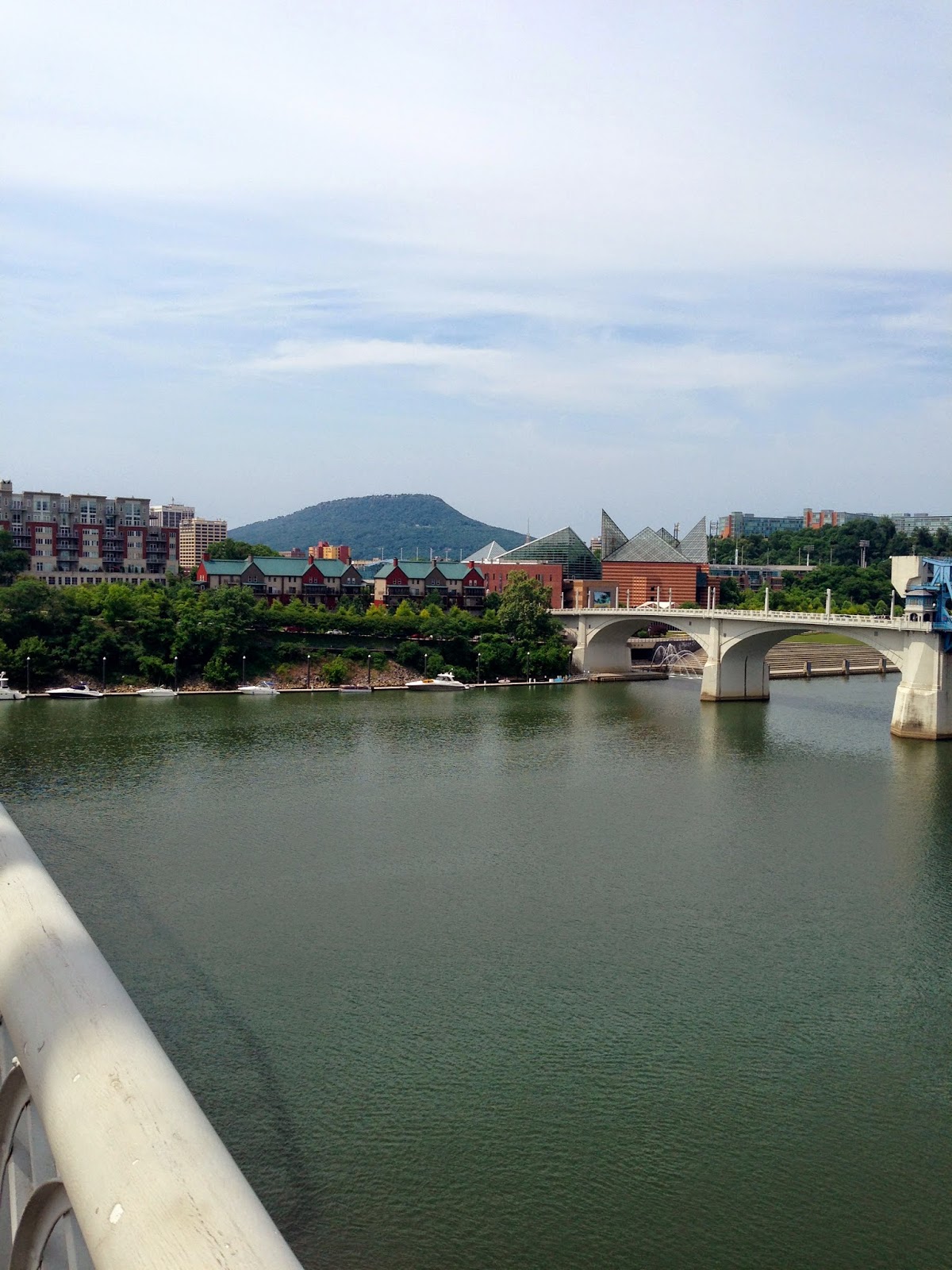 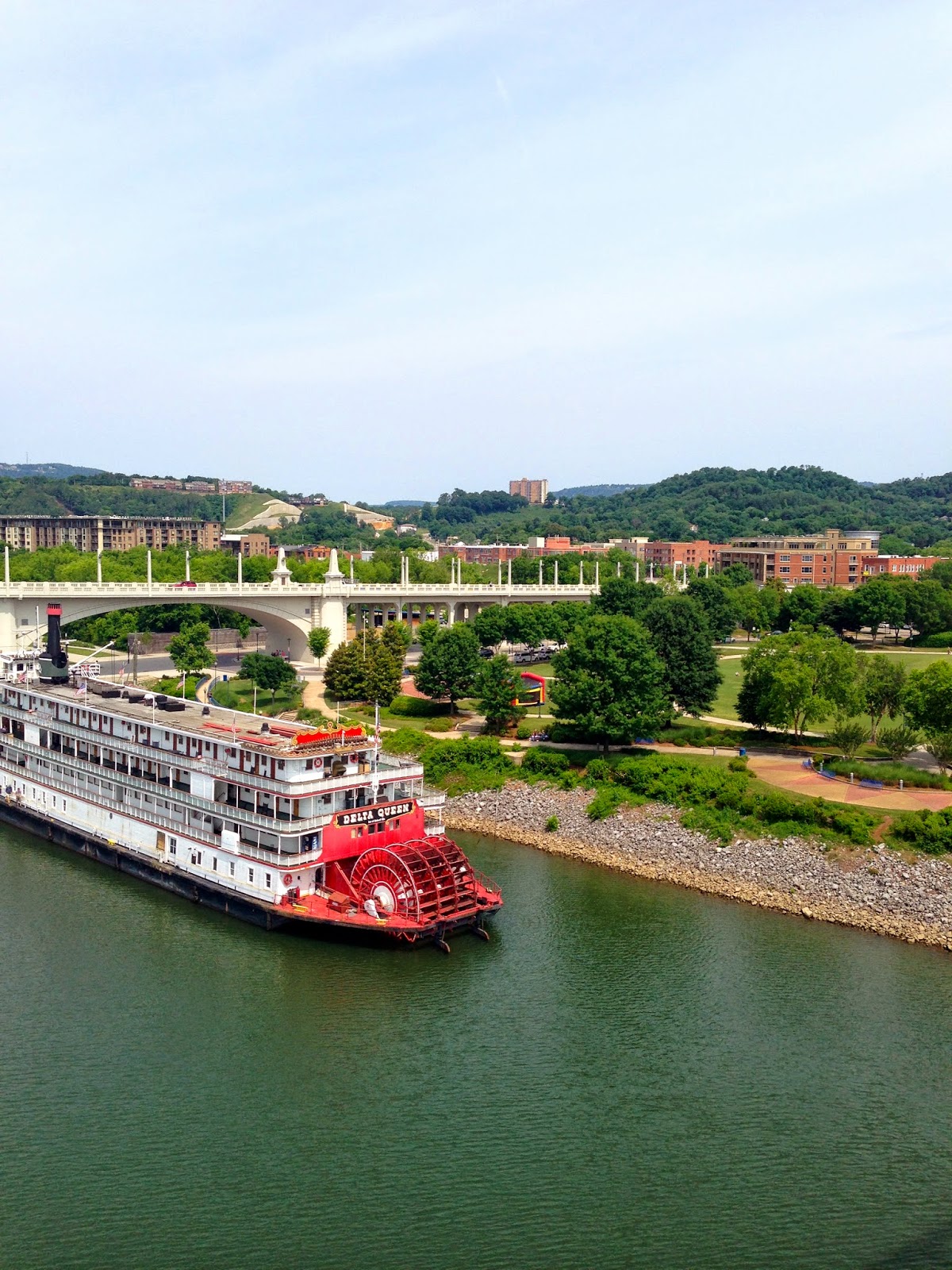 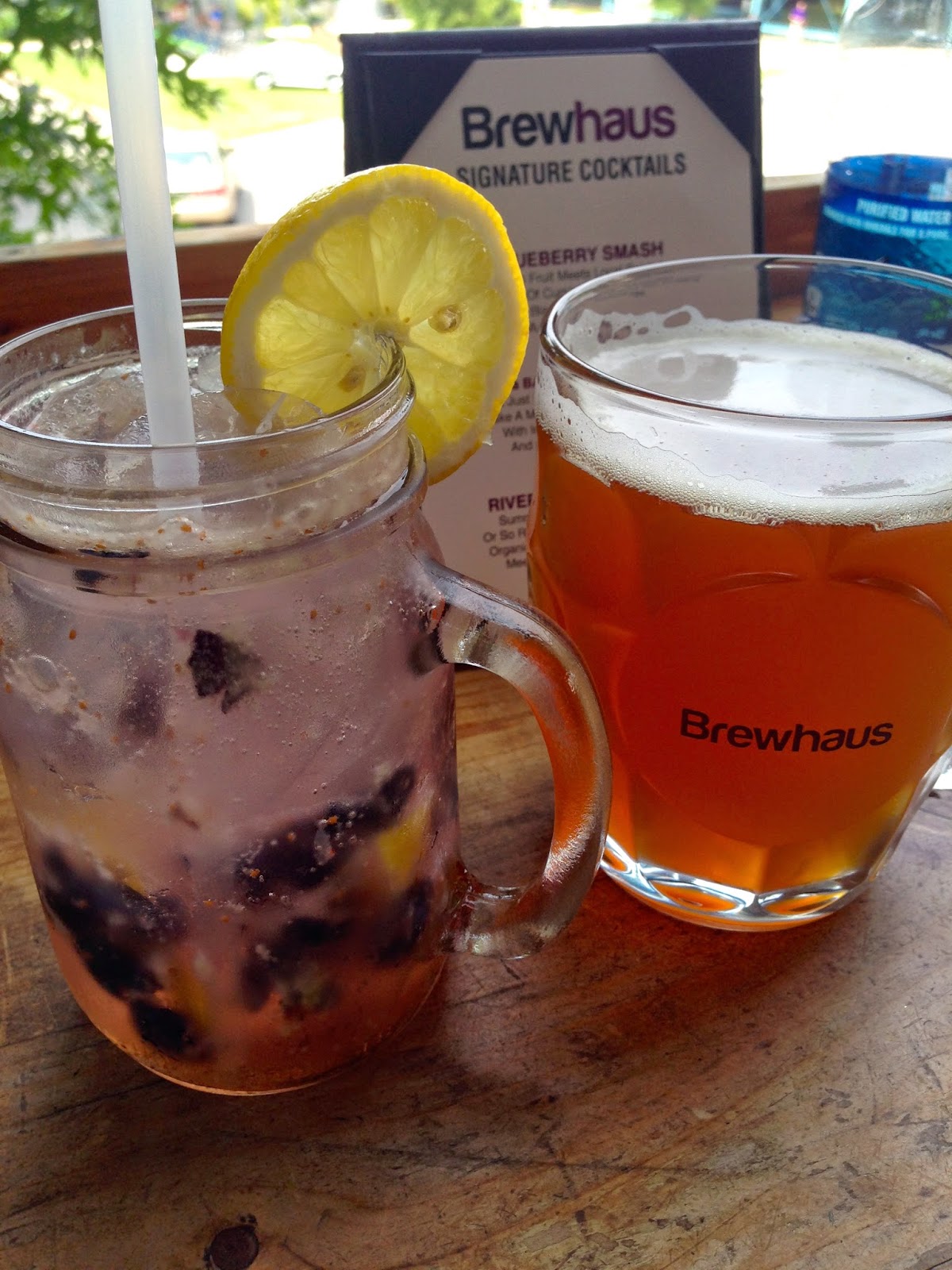 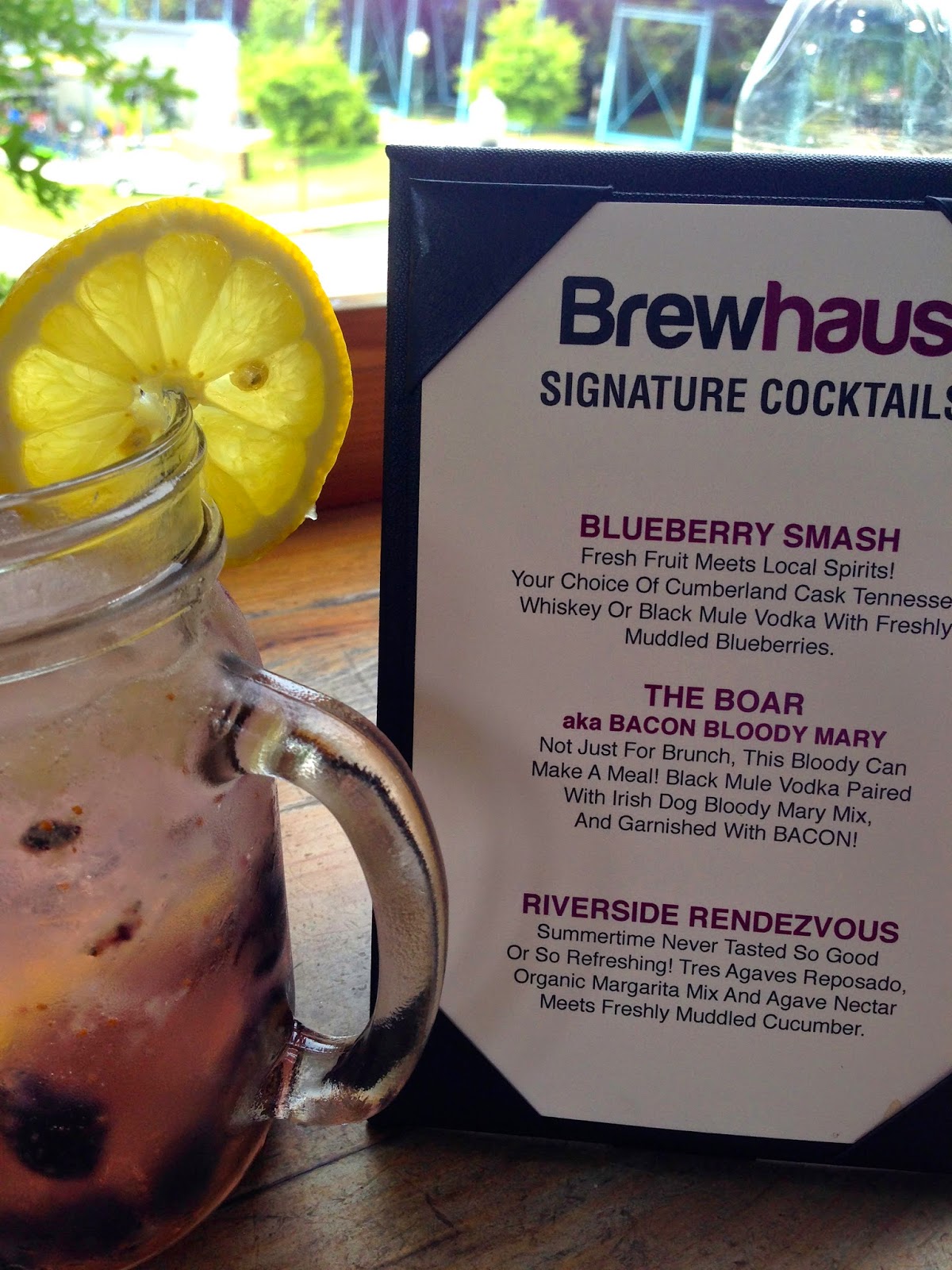 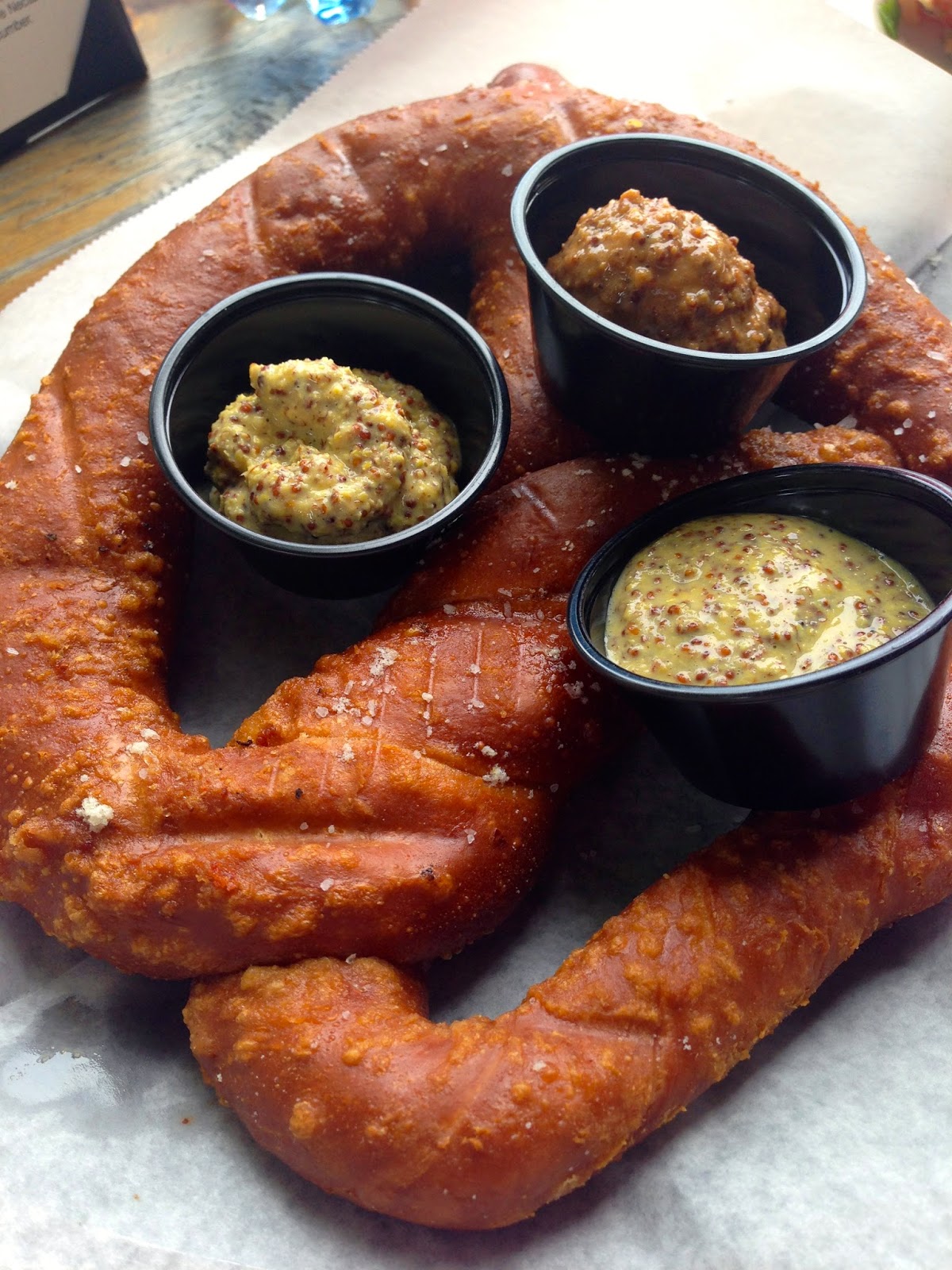 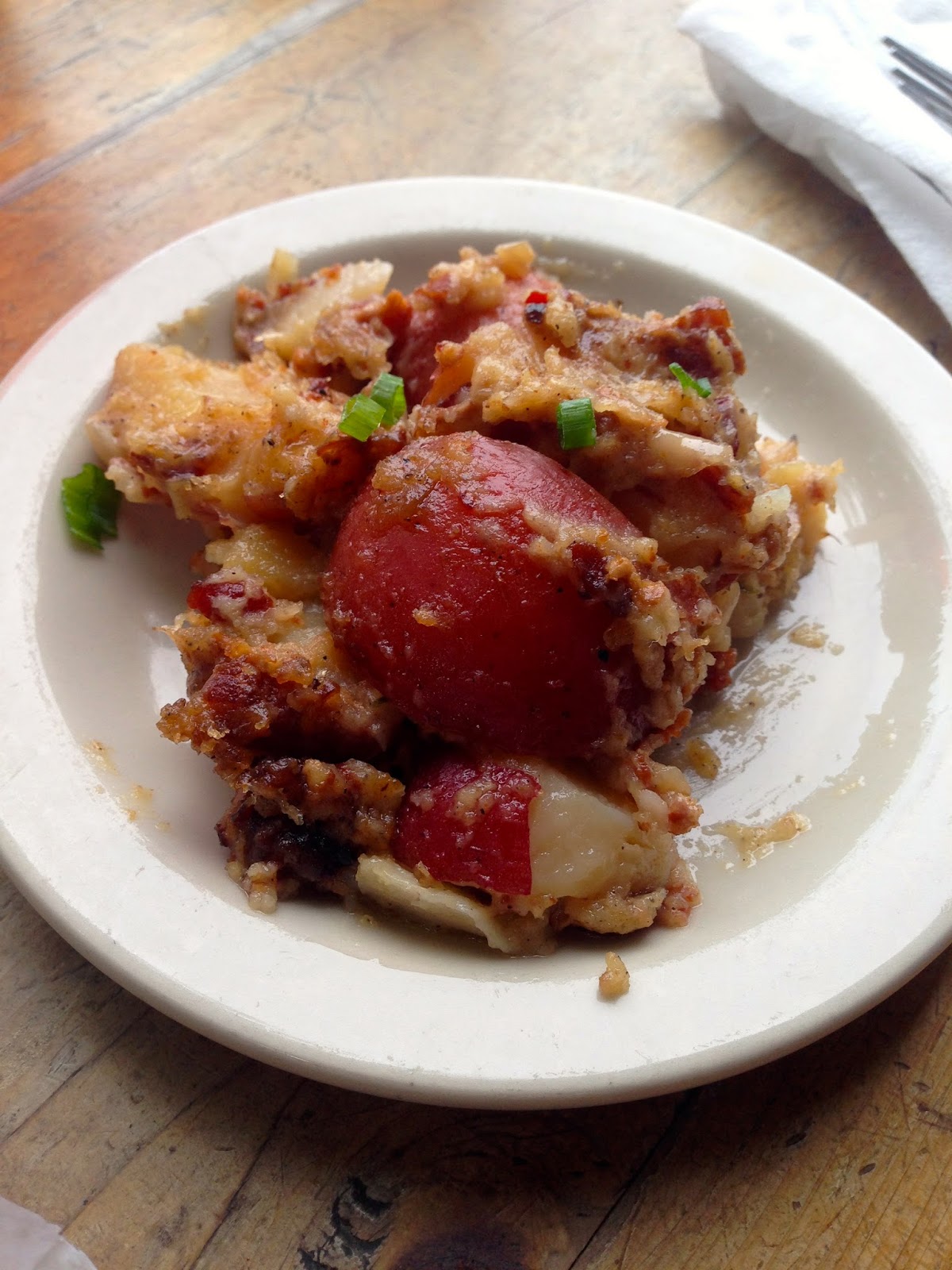 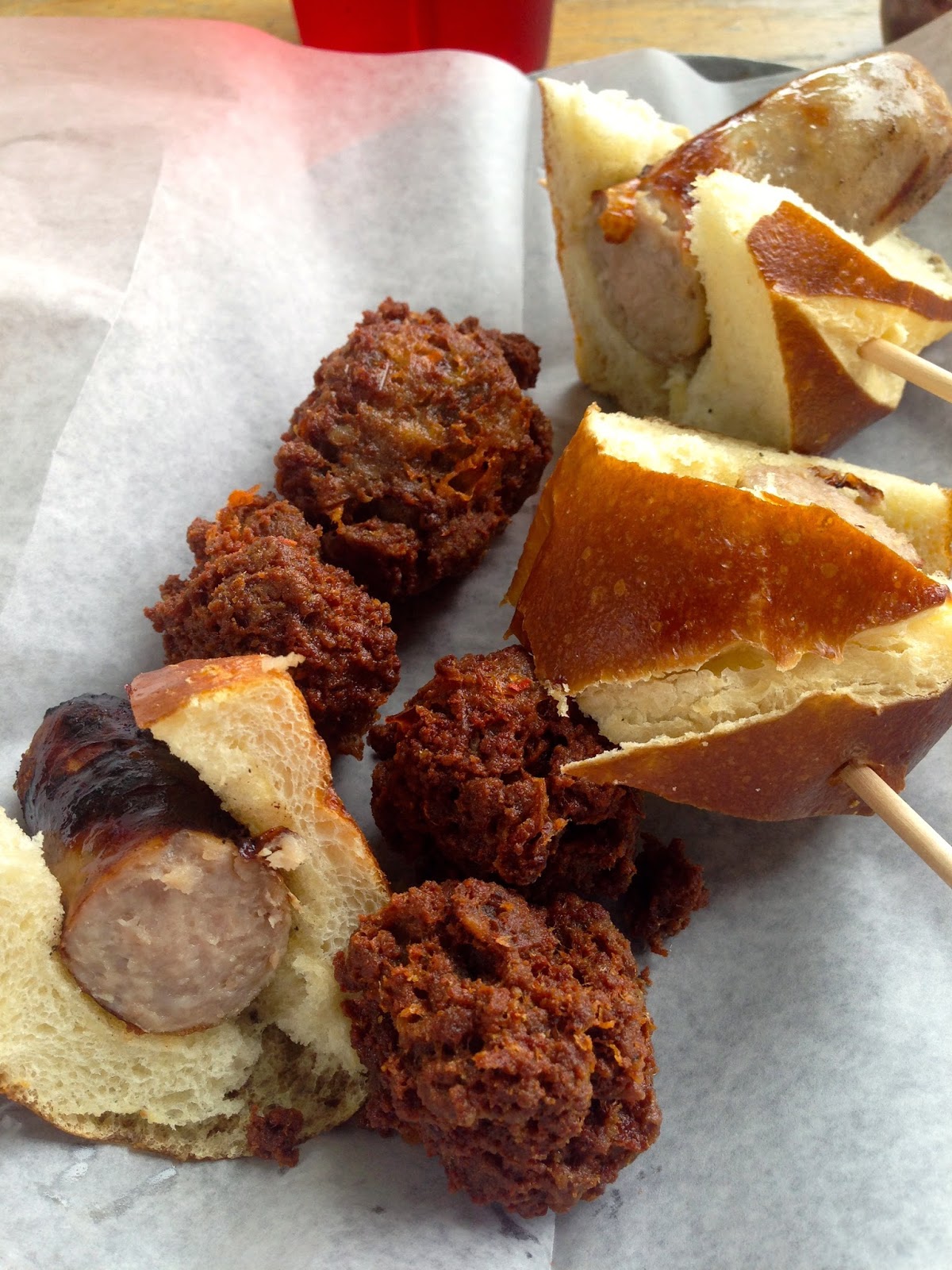 After that awesome but overly filling lunch, we did a lot of walking. Went back to the other side of the Aquarium and then chilled out until dinner that evening. Because lunch was so filling, we decided to do a light dinner at Easy Bistro & Bar. Again, this was a place I had on my list to visit. They have a great restaurant but we chose to sit out on the patio and people watch. Again my Husband had a beer and I had a glass of Pinot Noir, both recommendations from the waiter and both great! We went with the Marinated Olives, (comes with toasted sourdough) the Meat Platter and a single serving of cheese from the Cheese Menu. This is totally up our alley and we often eat like this at home on nights we don’t know what we want or want something light. Fantastic! 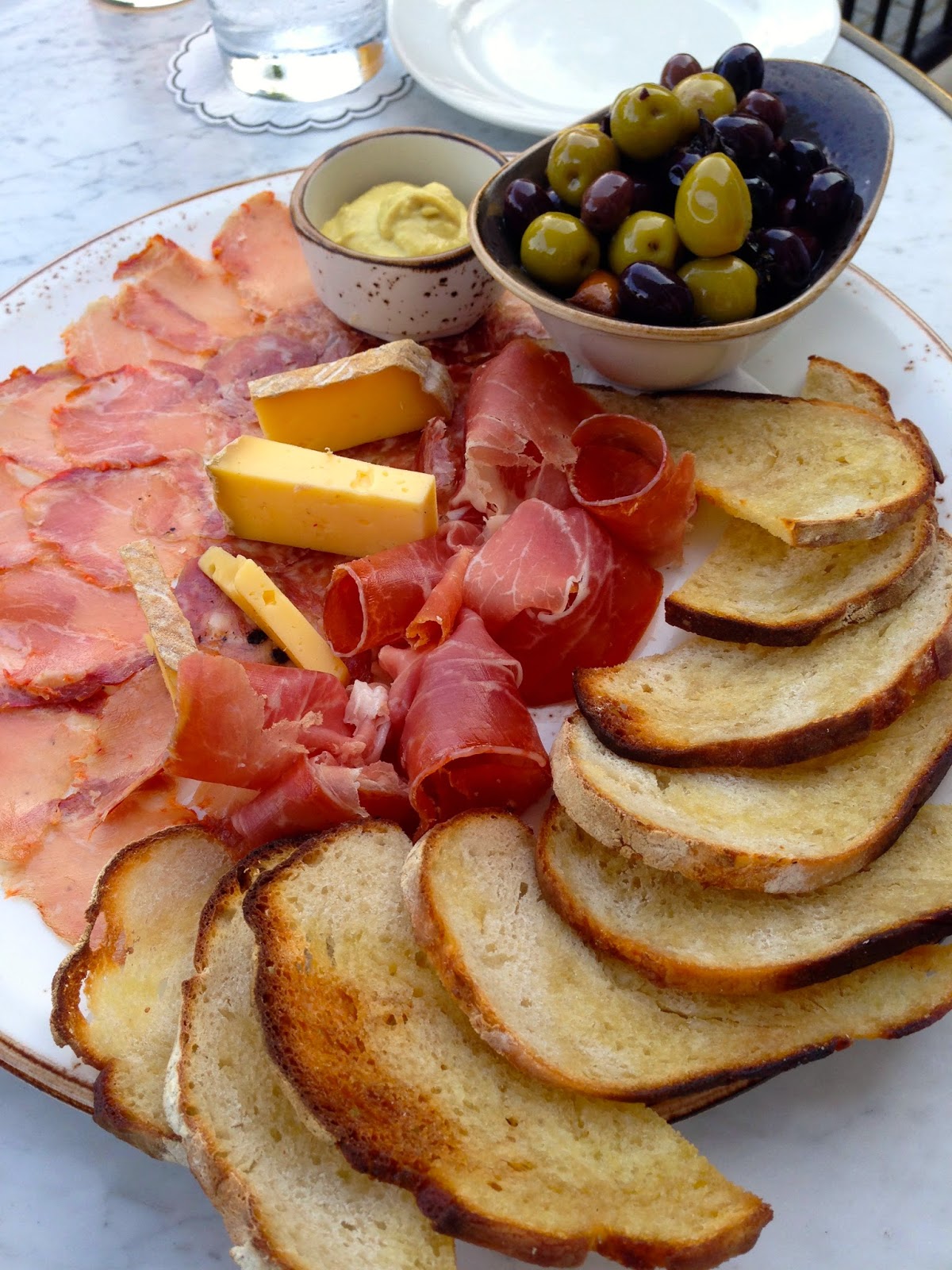 Sunday we decided to go to Lookout Mountain and see Rock City. I have to laugh at that a little because growing up we passed a hundred signs “See Rock City” each year on the way to Florida for summer vacation. I think this might have been my first time actually going though. Rock City was great and of course the views from the top are amazing. You can see 7 states from there (they list them out). We decided to have lunch at their cafe. Can’t beat lunch with an amazing view. So glad we did that because the food was also amazing! My Husband had the Pulled Pork Sandwich and I had the Fried Green Tomato BLT. Anything with bacon and avocado gets my attention. 🙂 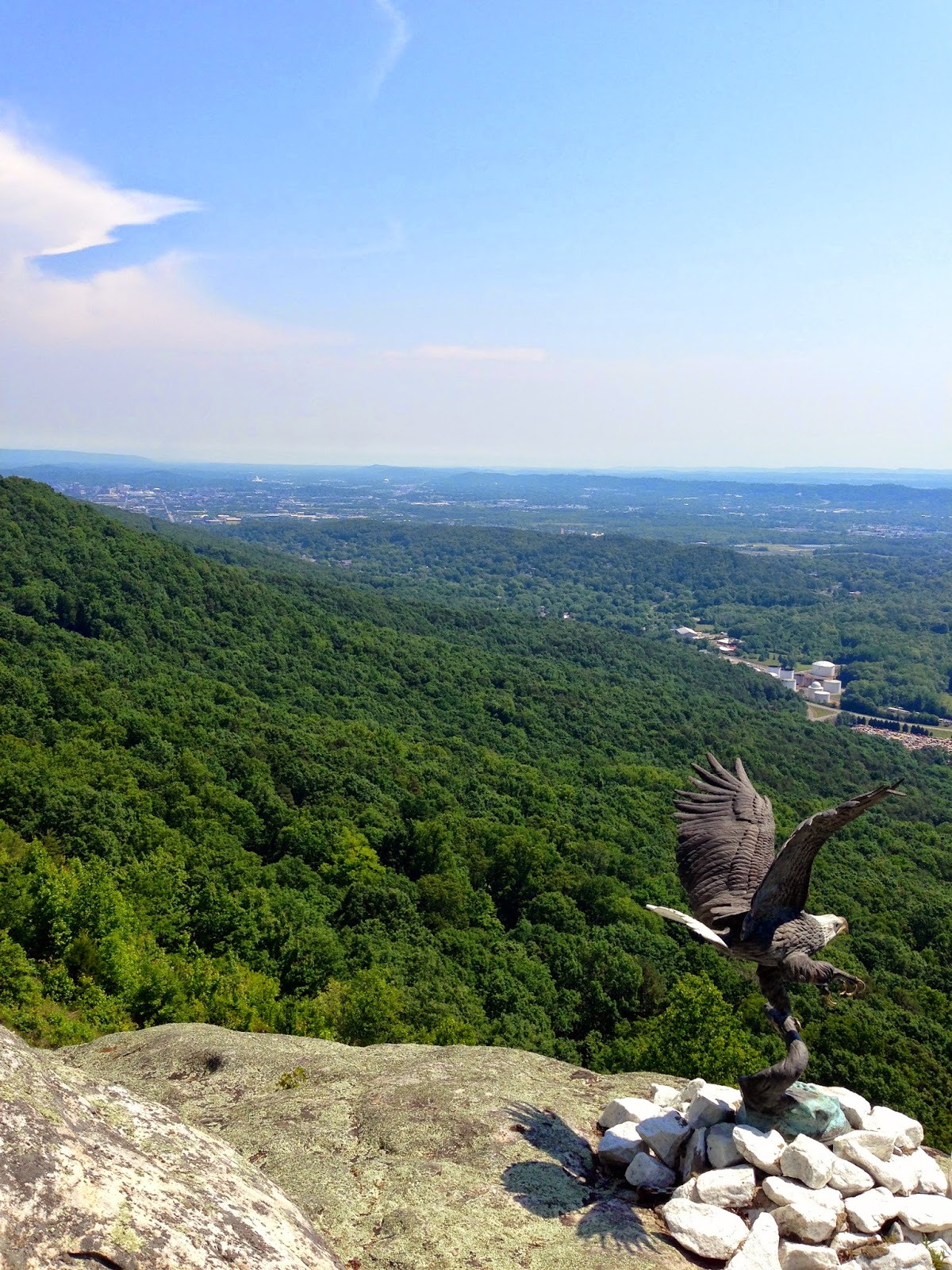 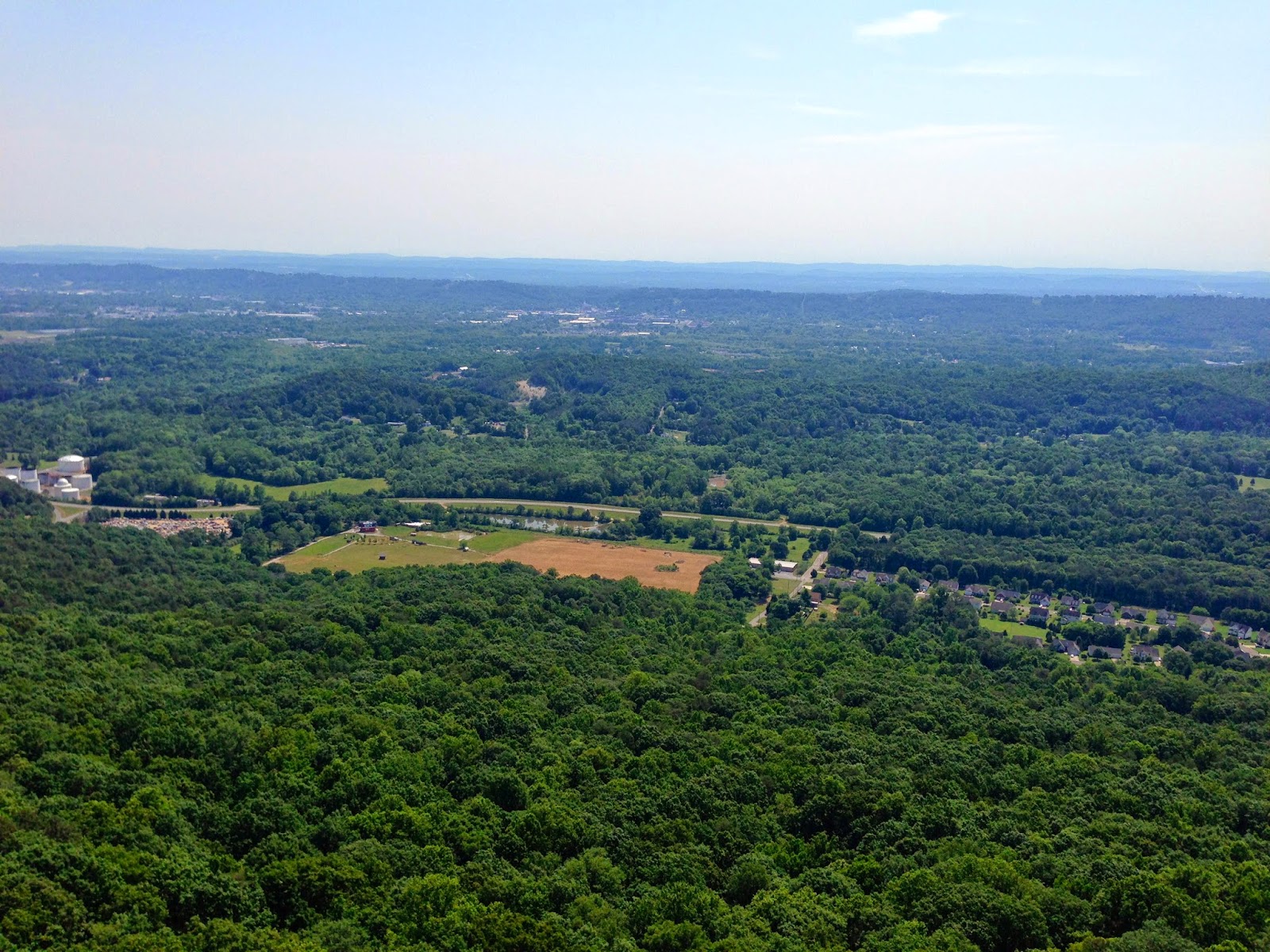 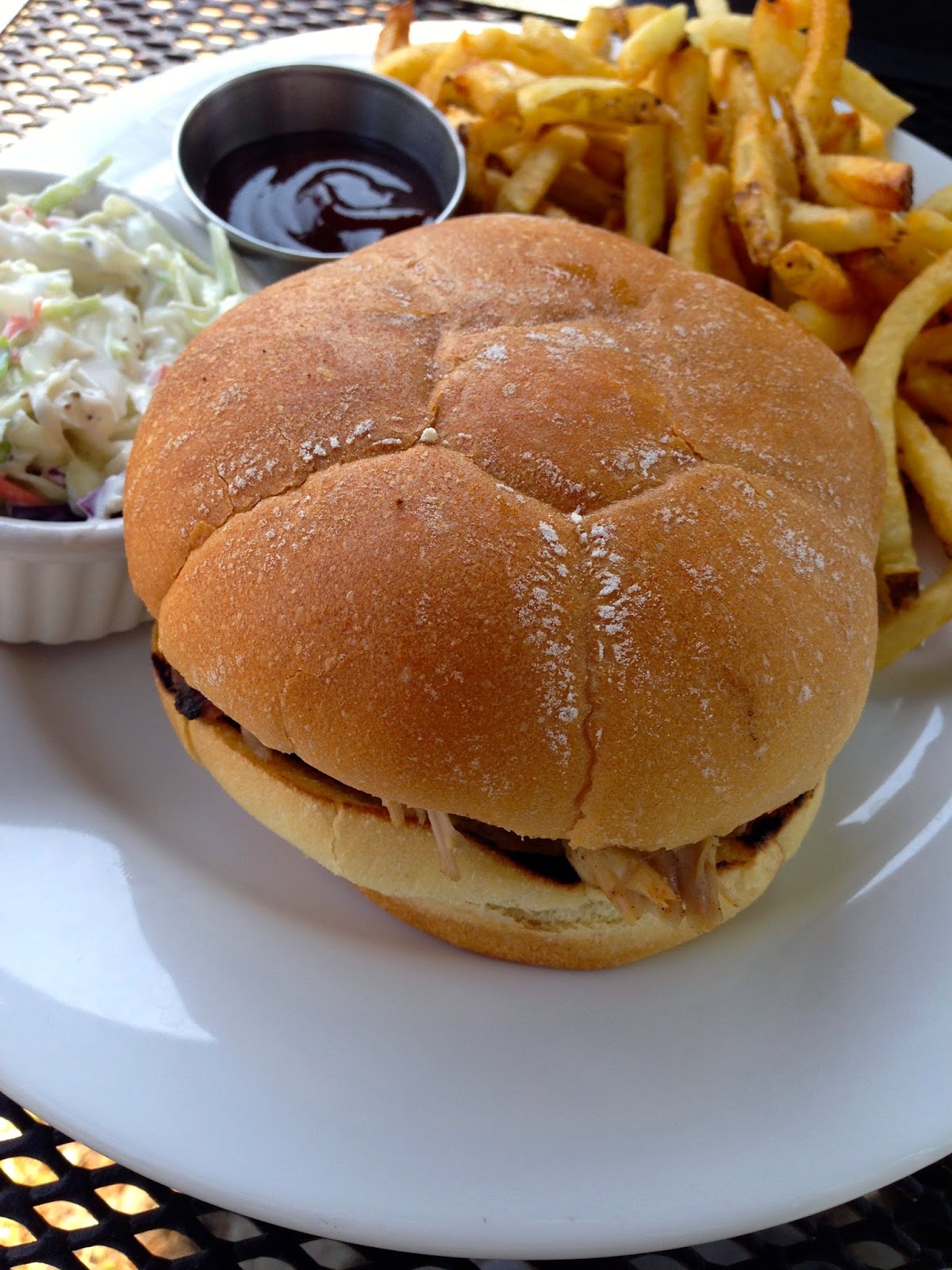 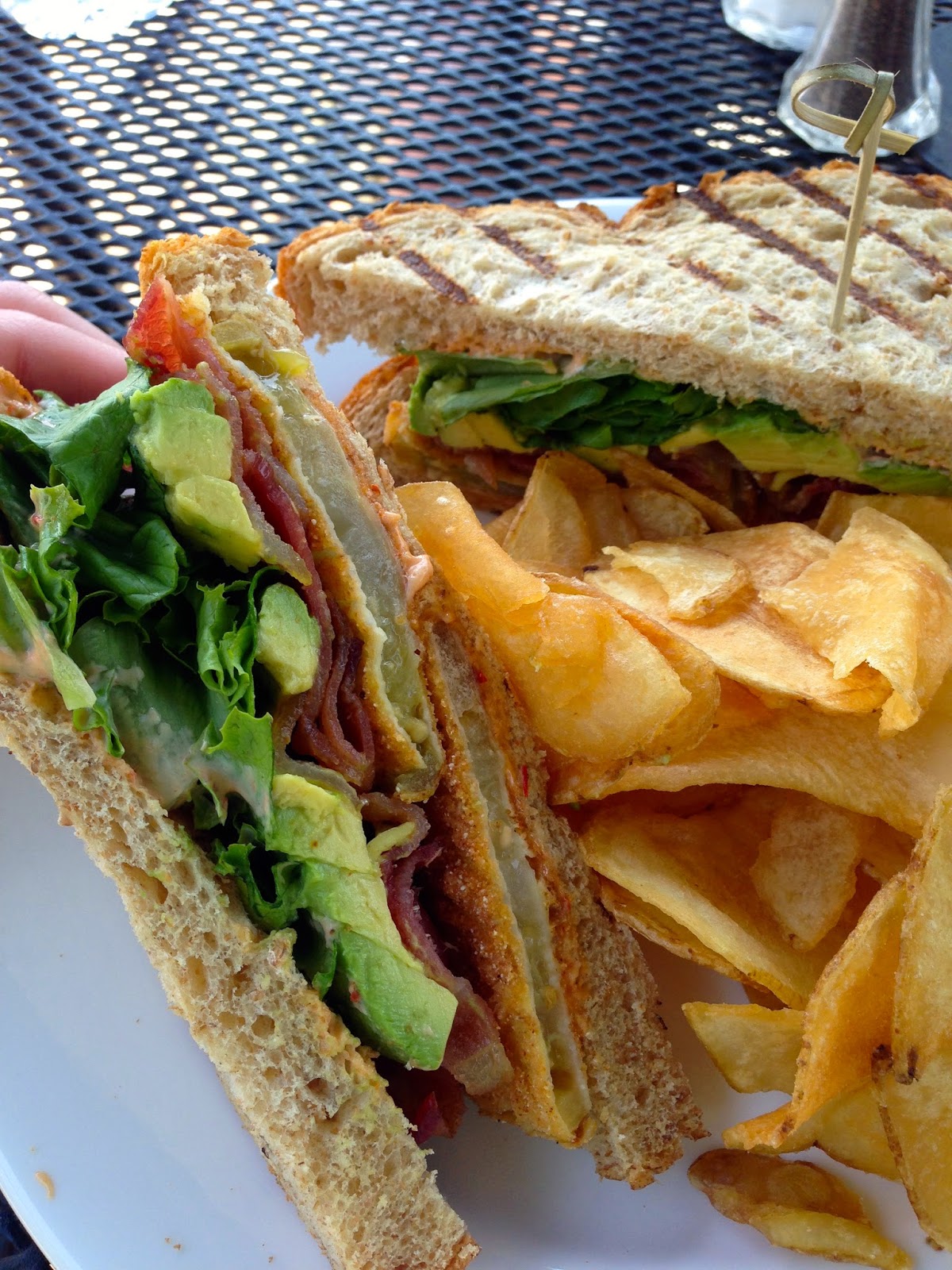 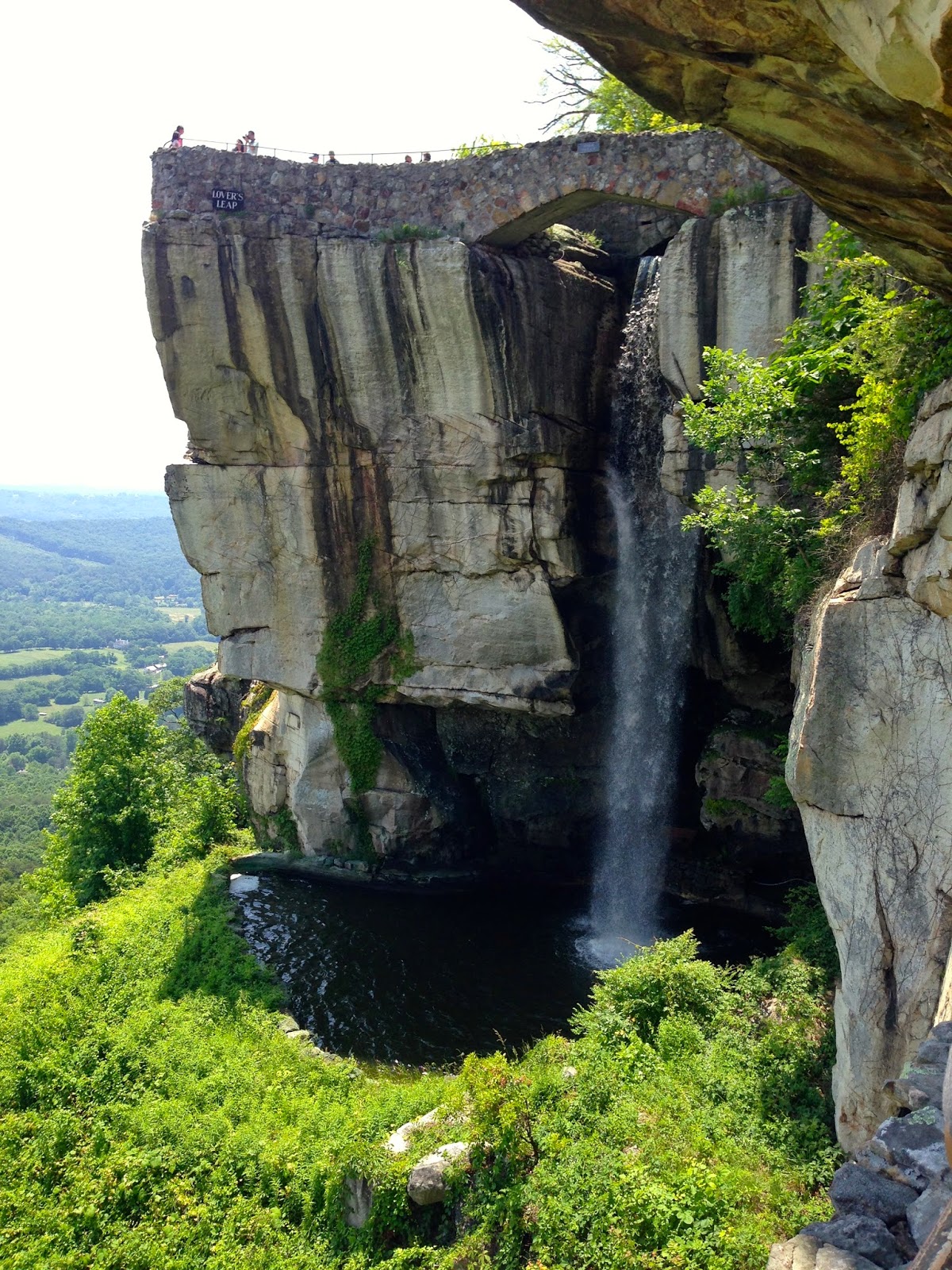 Sunday afternoon we stopped at Local 191 for a drink. It’s close to the river and again a great place to people watch and just hang out. We’d stopped there Friday night as well. Great place to just have a drink or they also serve breakfast, lunch and dinner next door at Blue Plate. 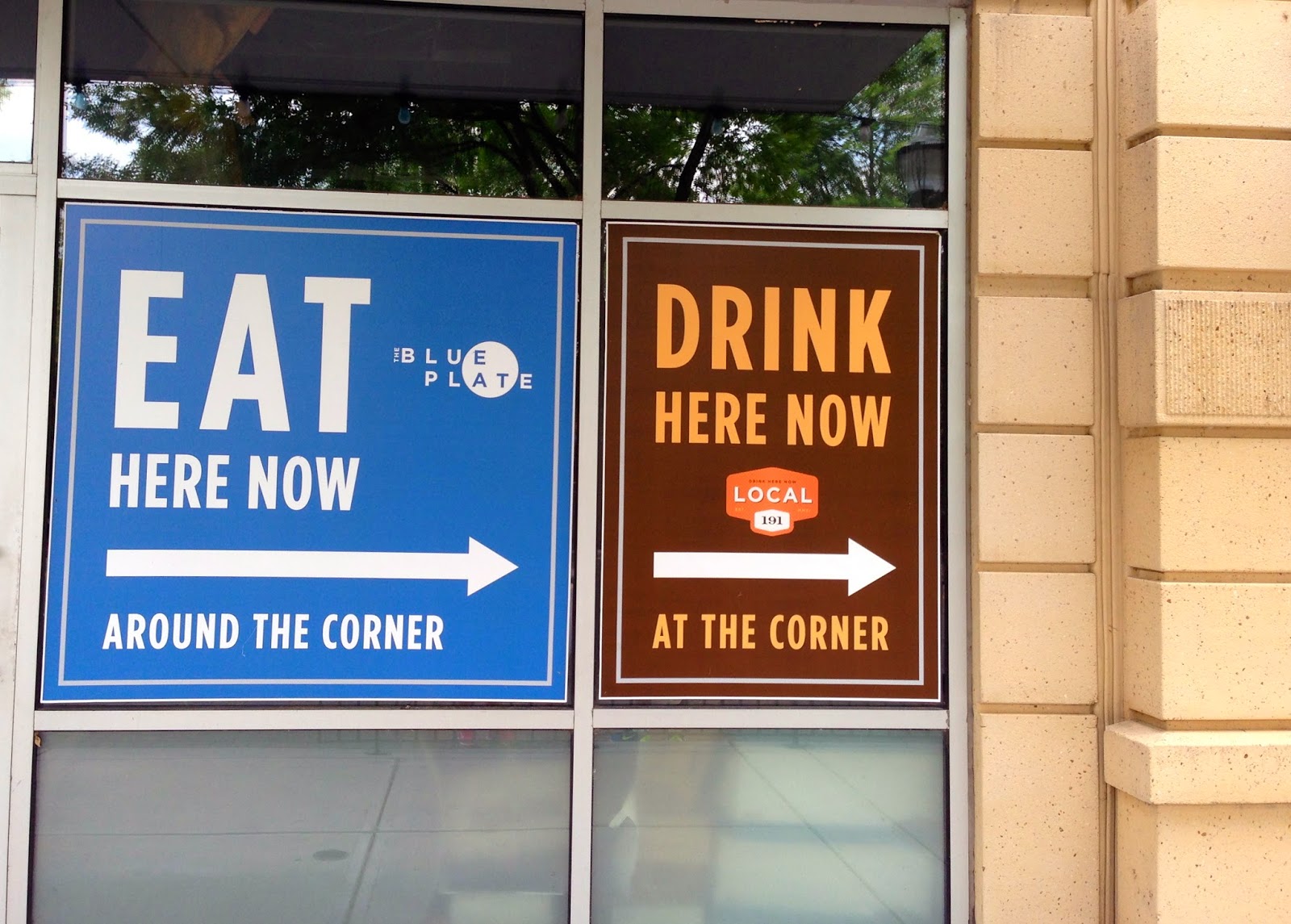 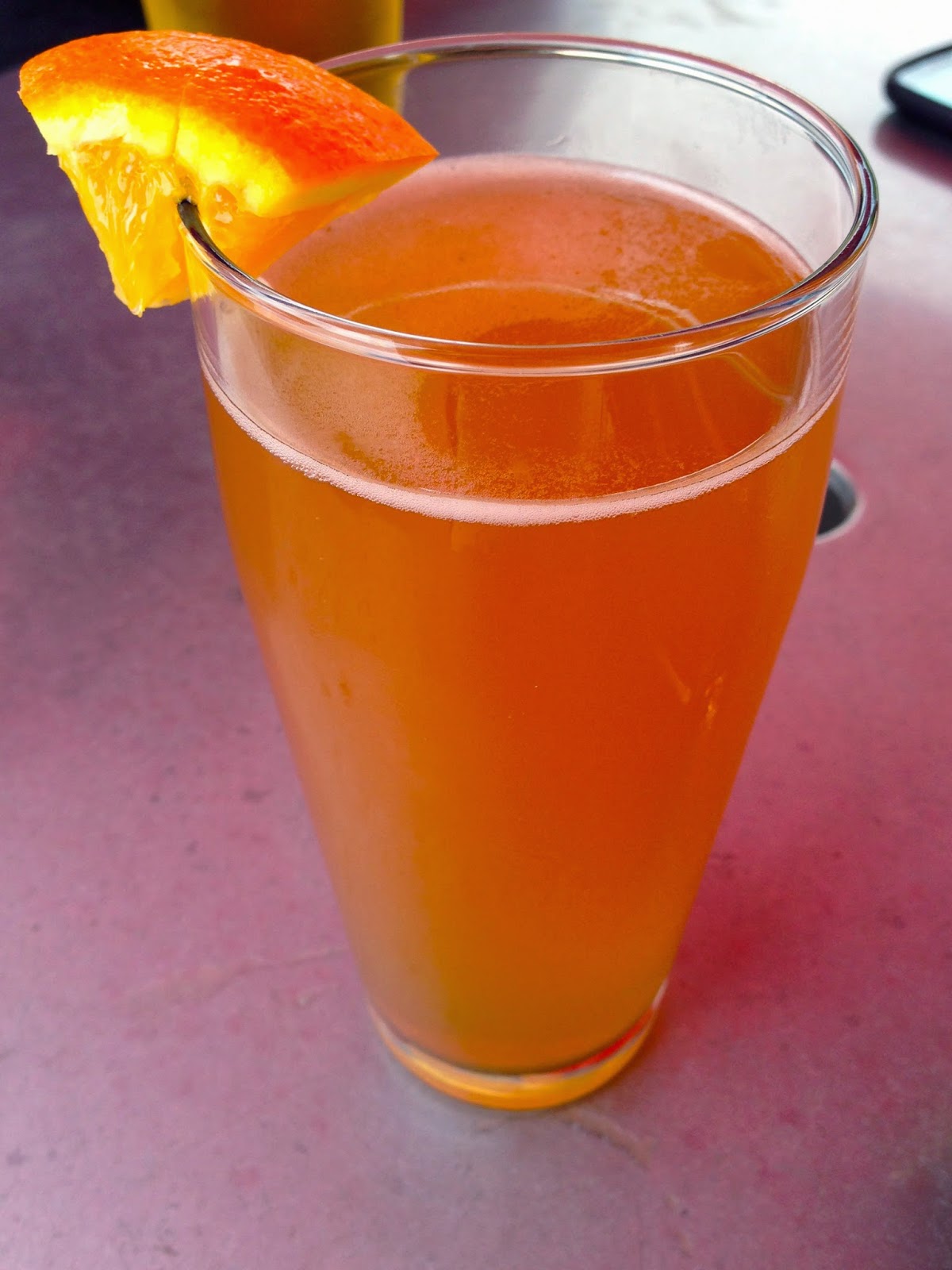 Sunday night we decided to do something pretty casual for dinner. We went to Big River Grille. It’s located beside Bluewater Grille. They even have some of the same menu items. It was a little hotter that day so we chose to eat inside. They have a huge menu with all kinds of food. It’s one of those places that I don’t think you can get anything bad. I took these pictures after we already started eating but I got the Cajun Fish Tacos – something I try out everywhere – they were great! My Husband got the Sizzling Stuffed Peppers and said they were great as well. 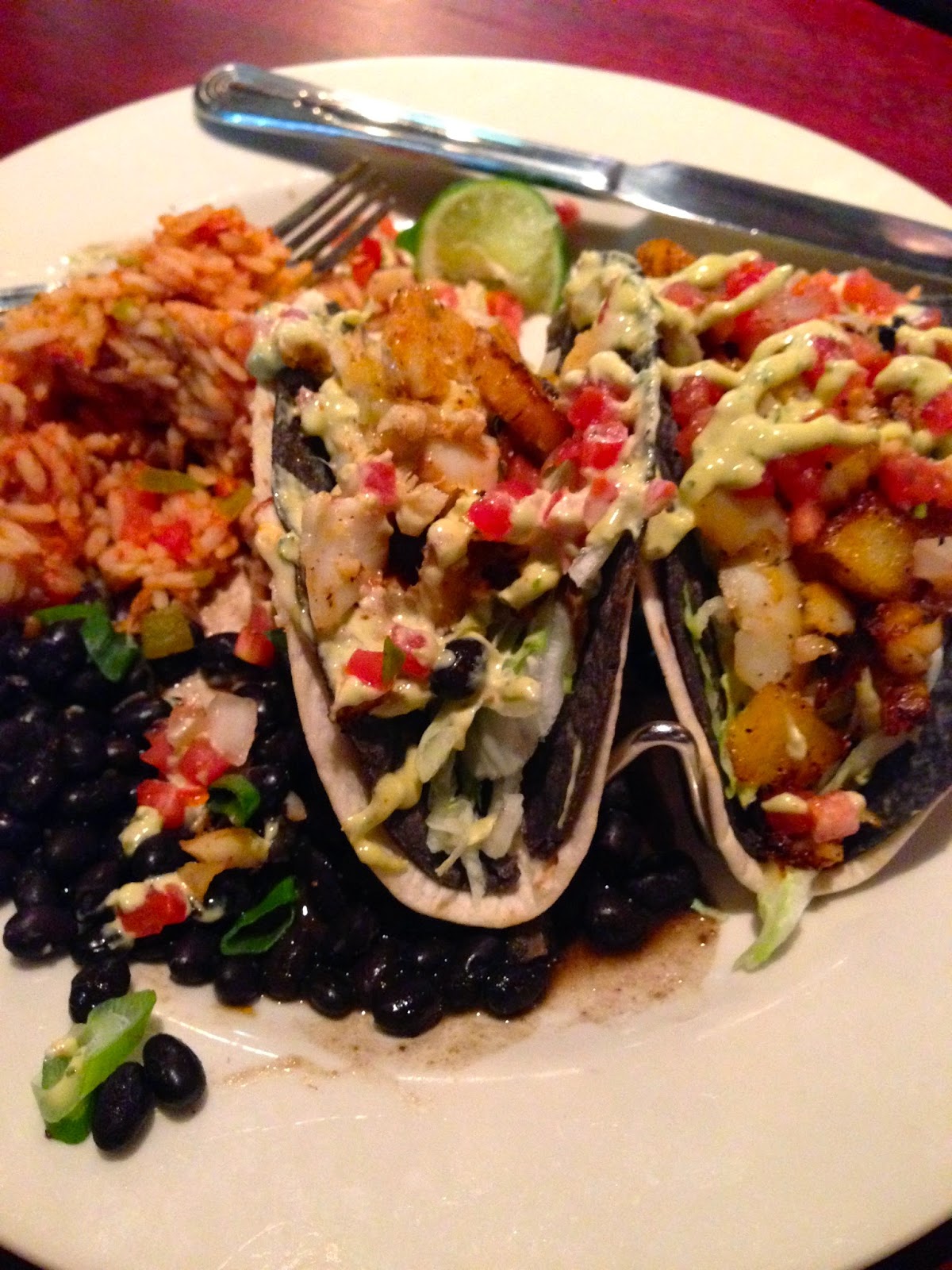 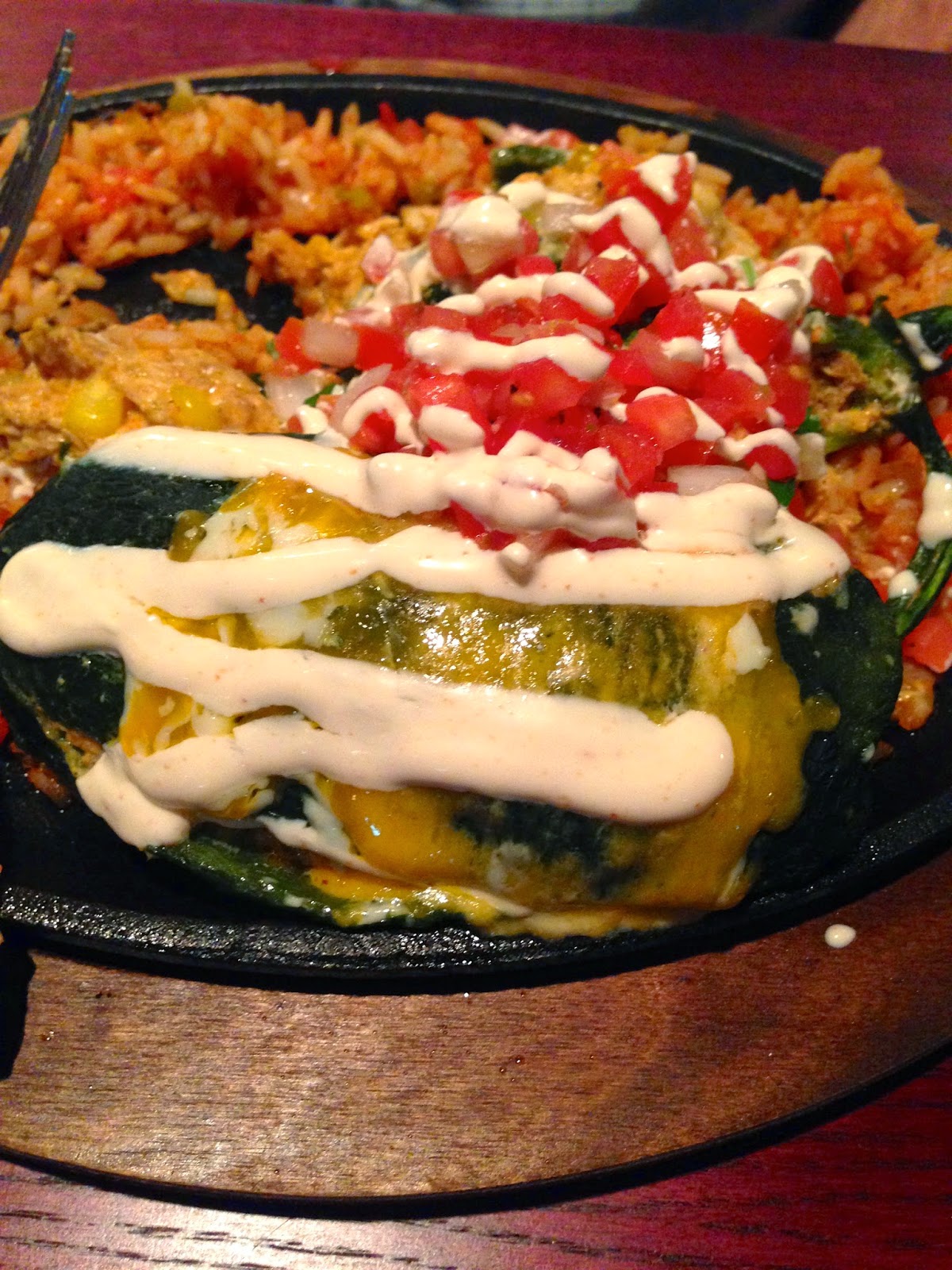 Monday morning we walked a few blocks downtown to where the tents and start of the USA Cycling National Championship was being held. It was a fluke for us that it was the same weekend but my Husband was totally looking forward to seeing this since he’s into cycling. We got to see several laps of the Women’s race and later watched the Men’s online from home. It was my first cycling event and it was pretty cool to see in person!

There were so many more places we would have loved to eat at but there’s only so much of that you can do in a weekend.  What are some of your favorite places to visit while there? 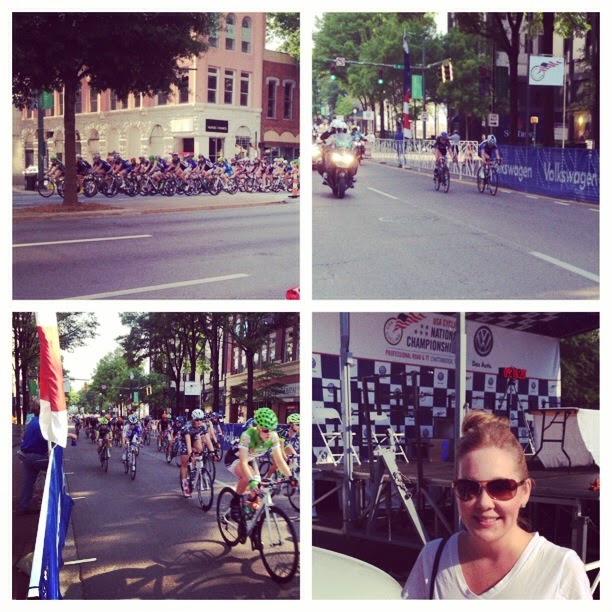